And the terrible message it sends to the women of the world!

Should mastectomies ever be used as preventive treatment for breast cancer …
when cancer hasn’t even been medically (or scientifically) diagnosed?

Angelina Jolie ought to keep her personal medical decisions to herself, especially about breast health.
So should Miss America contestants who also publicize similar highly unenlightened medical choices.

Having a double mastectomy in order to prevent a possible case of breast cancer, particularly when such decisions are based on easily misunderstood science that is jaded in the interest of surgical oncology just isn’t right.

Really, can it get any worse than women cutting off their breasts to avoid cancer they don’t even have?!
On the recommendation of mostly male surgical oncologists who have a great financial interest in the matter?!

Good God in Heaven, what has this place (read Planet Earth) come to?
Does the man cut off his scrotum because his doctor tells him he has the gene for testicular cancer?

How about this: Does the parent cut off the child’s head because the neurosurgeon determined that the child has a genetic predisposition for brain cancer?! Or do we just suck the little guy or gal’s brain out of his head with a surgical suction device?

Where does it end?

Where did it begin?

Where are we going with this tragically flawed logic and horribly skewed medical decision process?

How did we ever get here in the first place? To this place of preventive surgery for an ailment, disease, or illness that we don’t even have yet.

Before we really get going on this subject, let’s look closely at some little known facts that go to the very heart of Ms. Jolie’s faulty conclusions. The second article speaks to Ms. Jolie’s predecessor, Allyn Rose, a Miss America contestant who made the very same tragically choice flawed choice back in 2012. Both of the following articles from GreenMedInfo.com reveal what very few people are aware of, and what fewer people truly understand.

Did Angelina Jolie Make A Mistake By Acting On The ‘Breast Cancer Gene’ Theory?

Pinkwashing Hell: Breast Removal as a Form of “Prevention”

For anyone who neglected to read the preceding articles or for those failed to understand their many implications, let us distill some of their highly consequential conclusions. As follows:
The medical science upon which Ms. Jolie made her decision is highly inconclusive and is extremely contextual for each and every person who avails themselves to such diagnostic genetic testing. Everything about the process is subject to interpretation and there can be no such definite conclusions drawn in the manner that Ms. Jolie has done in the public domain. Her own understanding of this matter is so distorted and tenuous that it’s quite evident she made a very unfortunate and clearly fear-based decision. 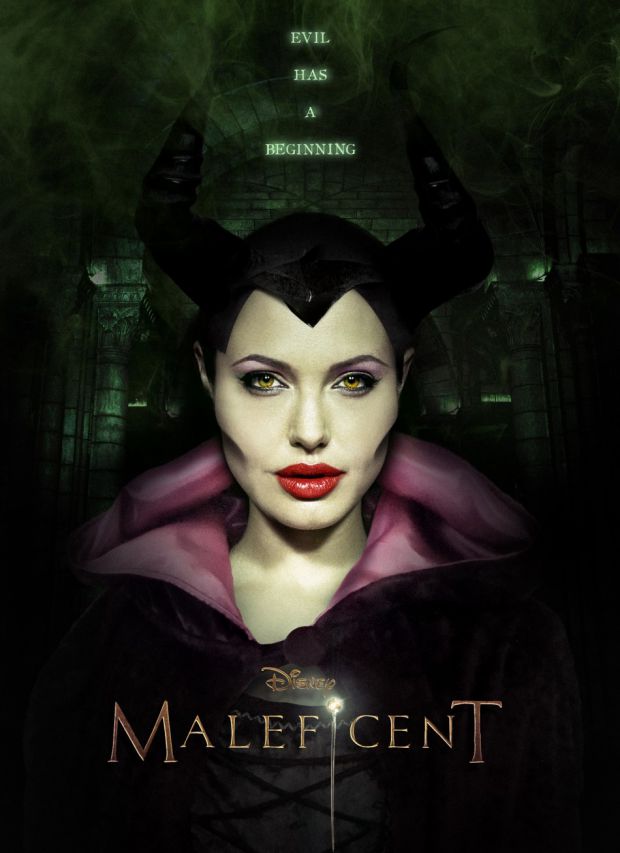 Who can deny the synchronicity between Angelina Jolie’s fear-generating double mastectomy announcement and her upcoming role in the 2014 movie Malificent?

Without delving into the actual science we will state the obvious of which medical science is fully cognizant.
That there are numerous risk factors which always contribute to the development of breast cancer, as well as for any other type of cancer.
Any one of us may possess genes that may predispose us, to varying degrees, to different types of cancer.

However, it is virtually always the internal environment which we foster inside our bodies (and our minds) which ultimately determines whether any type of cancer will manifest.
Even if precancerous cells are identified, or tumors form, or a stage 1 cancer develops, there are always many ways to reverse these predicaments, within both the allopathic and holistic treatment realms.

To simply remove two breasts before any sign of cancer even appears is such a wrongheaded and fear-based decision, we find it to be as staggering a choice as it is stunning.

Actually, the subsequent media parade of complimentary press ad laudatory comments from the usual suspects is what really shocked us.
Each and every one gave Ms. Jolie kudos for her ‘brave decision’. This is precisely why we have taken such a strong and unusually incisive stance against her extremely ill-advised and ludicrous reaction toward breast cancer that she doesn’t even have!!!

When Ms. Jolie chose the global media platform of the NYT to release her first public statement concerning this matter, certainly she opened herself up to serious and totally justified criticism of her dangerous message. Unfortunately many women around the world will be moved by her fearful words of misunderstanding and blindness. Hers was such an entirely unenlightened response to a plight that millions around the world face everyday that it really is incumbent upon us who know better to set the record straight.

Angelina Jolie made her decision, and has apparently acted on it. We stress the word “apparently” because of how calculated her whole stage-managed approach to this very personal medical matter has been from the get go. Some have remarked that she issued her formal pronouncement during a critical time of a very serious campaign being waged to patent human genes. As follows:

Of course, the preceding opinion reflects an agenda that is way beyond the average woman who might be confronted this situation.
Therefore, we end this session with a very loud and boisterous: BUYER BEWARE!

We sincerely hope and pray that anyone who is exposed to Angelina Jolie’s opinions on this matter very carefully consider the shocking ignorance involved in her decision process.
And that they will seek out seasoned, objective and informed perspectives which will save them much unnecessary pain and suffering, time and money, as well as needless disfiguration.

Finally, may we say that fear-based decisions rarely have a good ending. Yes, there will be some very hard lessons learned, but if you can choose a more enlightened and self-empowering way forward, why not do so. For everyone concerned, as there always are many who are deeply touched by such profound and life-transforming decisions in life.

Permission is granted to post this health blog as long as it is linked back to the following url: http://thehealthcoach1.com/?p=3171