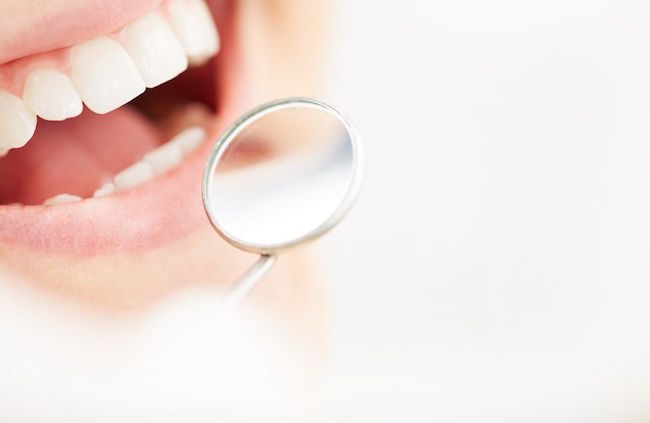 Hydrogen peroxide releases superoxide anions (powerful free radicals), which are responsible for its significant bleaching and antiseptic properties. However, its beneficial properties stop right here because research shows that it can penetrate the tooth enamel and dentin and reach the very inner tooth chamber called dental pulp. Hydrogen peroxide has low molecular weight and the ability to destroy proteins, which facilitate diffusion through enamel and dentin. The dental pulp is where the blood vessels and nerves of each tooth reside, which makes this area particularly sensitive. A unique class of cells, called odontoblasts also reside in the periphery of the dental pulp area, which support the teeth by depositing new dentin layers throughout life and are also believed to play a protective/reparative role in response to dental carries or other environmental factors that harm teeth. The problem with hydrogen peroxide is that it has a cytotoxic effect on the dental pulp cells, which means that it literally kills them. A study published in 2013 in the Journal of Endodontics shows that even low concentrations of hydrogen peroxide trigger molecular mechanisms in pulp cells, which activate programmed cell death.

It is speculated that lower concentrations of hydrogen peroxide may have significantly less toxic effects on dental pulp cells, because there is more time to dilute and degrade the peroxide that reaches the pulp. However, the long-term or even short-term effects of daily use of hydrogen peroxide as a mouthwash have never been evaluated. If a few bleaching sessions can cause detectable damage in the dental pulp, then, based on the existing evidence, it is reasonable to assume that using hydrogen peroxide mouthwash on a daily basis may not be the safest option at all.