What NOT to Say: Perpetuating Eating Disorder Stigma 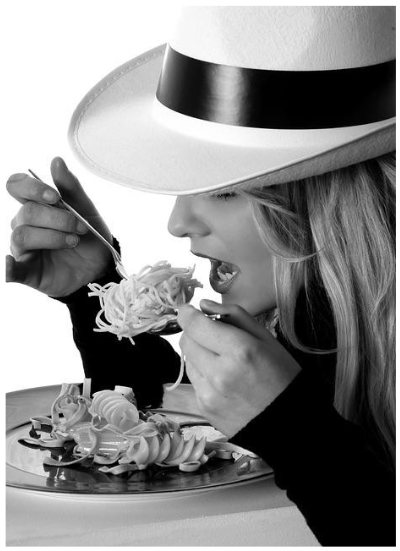 Eating disorders are largely misunderstood illnesses that impact 20 million women and 10
million men each year in the U.S. With their widespread impact on those around us, it is
surprising that so few people understand how these disorders work and what must be done to

For many, it seems that a person with an eating disorder has brought the disorder upon
themselves and are simply not willing to stop. This could not be further from the truth. If
someone you know has an eating disorder, you may be perpetuating the stigma against these
disorders. There are a few things you should always avoid saying to anyone struggling with an

“You don’t look like you have an eating disorder.”

As with many invisible illnesses, telling someone they don’t look ill creates feelings of self-doubt.
If others can’t tell they look sick, maybe they aren’t sick enough to seek help. Plenty of people
with mental illnesses struggle with getting help out of fear that no one will believe them.
By telling them they do not look ill, even when you mean well, causes them to hear that you do
not believe them. This is particularly true in the case of overweight individuals. It is also

important to remember that binge eating disorder falls into the category of an eating disorder as well. Not all sufferers will be painfully skinny, but all do need treatment and support.

Imagine facing someone with severe depression and telling them to “just be happier.” Do you
think it would work? This scenario is essentially the same as telling someone with an eating

An eating disorder is not a diet that can be broken at any time. There are underlying issues such
as depression, poor self-image, self-punishment, and sometimes, a person has had the disorder

for so long, they are physically incapable of eating more than small amounts at a time.

Especially in the case of overweight individuals, telling someone with an eating disorder that
they look good not only invalidates the disorder but also tells them that this disorder is good.
When someone who is overweight drops an unhealthy amount of weight in a short amount of
time, it should be cause for concern, not for praise. You should never make the effects of an
eating disorder sound positive. This is how relapses occur and how eating disorders are spread

“I need to lose some weight.”

Talking to a person with an eating disorder about weight or physical appearance is never a good idea.  It can trigger the negative thoughts that perpetuate the disorder, leading to a more difficult recovery. Furthermore, talking about your own weight loss in the face of someone who has either lost or gained an unhealthy amount of weight is extraordinarily insensitive.

Knowing what to say to someone with an eating disorder may not come as naturally as you
think. The best thing you can do is research the disorder and learn how it affects the mind and
perceptions. There is plenty of information out there on how a mind works when affected by an
eating disorder and this can help you avoid saying something damaging. Even if you’re not yet
sure how, your loved one needs your support as they work to recover and regain control over
their life.

___
Image via Pixabay by piepie