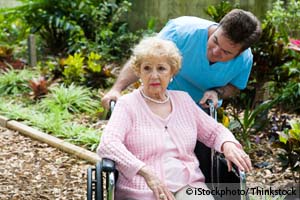 Ashwagandha is a small evergreen perennial herb that grows up to nearly 5 feet tall.

Regardless of the name you use to describe this adaptogenic herb, ashwaganda has been a part of India’s Ayurvedic medical system for thousands of years.

There it’s regarded as a wonder herb.

While often regarded as an herb for stress reduction and improved energy and vitality, there is a robust body of scientific research confiming ashwaganda’s potential therapeutic value in several dozen health conditions.1

Now, new research has revealed this herb may also fight off the devastating effects of Alzheimer’s disease.

With no known cure and a terminal prognosis, Alzheimer’s disease is associated with degeneration and death in brain cells, leading to a steady loss of both intellectual and social skills, and, ultimately, premature death.

Researchers at the National Brain Research Centre (NBRC), however, have conducted studies on mice that suggest ashwaganda extract may reverse memory loss and improve cognitive abilities in those with the disease. Initially, mice with Alzheimer’s were unable to learn or retain what they learned, but after receiving ashwaganda for 20 days, this improved significantly. After 30 days, the behavior of the mice returned to normal. Researchers reported:

Rather than impacting the brain directly, researchers found that the herb worked by boosting a protein in the liver, which enters the bloodstream and helps clear amyloid from the brain. Researchers concluded:

The featured study is not the first time this humble herb has been implicated in improved brain health among Alzheimer’s disease patients. In 2005, researchers found that withanolide derivatives (withanolide A, withanoside IV, and withanoside VI) isolated from ashwagandha improved neurite extension in both normal and damaged brain cells in Alzheimer’s disease-model mice.3 This is a key component of treating the disease, as researchers pointed out:

“The reconstruction of neuronal networks in the damaged brain is necessary for the therapeutic treatment of neurodegenerative diseases.”

Separate research in Phytotherapy Research, published in 2010, revealed ashwaganda may help manage cell damage in the brain, offering even more potent antioxidant activity than vitamins A, C, and E.4 They noted:

“Several studies have revealed that natural antioxidants, such as vitamin E, vitamin C and beta-carotene, may help in scavenging free radicals generated during the initiation and progression of this [Alzheimer’s] disease. Therefore, there has been considerable interest in plant phytochemicals with antioxidant property as potential agents to prevent the progression of AD. Our earlier investigations of the Withania somnifera fruit afforded lipid peroxidation inhibitory withanamides that are more potent than the commercial antioxidants.

In this study, we have tested two major withanamides A (WA) and C (WC) for their ability to protect… rat neuronal cells, from beta-amyloid induced cell damage. The cell death caused by beta-amyloid was negated by withanamide treatment.”

Another Ancient Herb for Alzheimer’s…

The compound curcumin, which is found in the spice turmeric, is another notable herb for brain health. Recently revealed as effective in helping to stop the protein clumping that is the first step in diseases such as Parkinson’s disease,5 past research has shown that curcumin may help inhibit the accumulation of destructive beta amyloids in the brain of Alzheimer’s patients, as well as break up existing plaques.

People with Alzheimer’s tend to have higher levels of inflammation in their brains, and curcumin is most known for its potent anti-inflammatory properties. The compound has been shown to influence the expression of more than 700 genes, and it can inhibit both the activity and the synthesis of cyclooxygenase-2 (COX2) and 5-lipooxygenase (5-LOX), as well as other enzymes that modulate inflammation.

What is interesting and important to understand about chronic disease is that it very rarely exists in a bubble. What I mean is, if you are developing changes in your brain that are indicative of Alzheimer’s, you’re probably also experiencing signs of insulin resistance, such as diabetes or obesity.

And, meanwhile, you may also be showing signs of heart disease, such as high blood pressure, as, very often, chronic diseases are intricately intertwined; they’re the product of imbalances in your body that are manifesting, likely after years spent festering just below the surface. This can actually be a good thing, however, as implementing a few simple techniques address the underlying causes of multiple chronic diseases, and Alzheimer’s is no exception.

Researchers believe that optimal vitamin D levels may enhance the amount of important biomolecules in your brain and protect brain cells. Vitamin D receptors have been identified throughout the human body, and that includes in your brain. Metabolic pathways for vitamin D exist in the hippocampus and cerebellum of the brain, areas that are involved in planning, processing of information, and the formation of new memories.

Sufficient vitamin D is also imperative for the proper functioning of your immune system to combat excessive inflammation, and, as mentioned earlier, other research has discovered that people with Alzheimer’s tend to have higher levels of inflammation in their brains.

A study found that those who took drugs classified as ‘definite anticholinergics’ had a four times higher incidence of cognitive impairment.9 Regularly taking two of these drugs further increased the risk of cognitive impairment. Statin drugs are particularly problematic because they suppress the synthesis of cholesterol, which is one of the primary building blocks of your brain. As Dr. Stephanie Seneff reports:

“Statin drugs interfere with cholesterol synthesis in the liver, but the lipophilic statin drugs (like lovastatin and simvastatin) also interfere with the synthesis of cholesterol in the brain. This would then directly impact the neurons’ ability to maintain adequate cholesterol in their membranes. Indeed, a population-based study showed that people who had ever taken statins had an increased risk of Alzheimer’s disease,10 a hazard ratio of 1.21. More alarmingly, people who used to take statins had a hazard ratio of 2.54 (over two and a half times the risk to Alzheimer’s) compared to people who never took statins.”