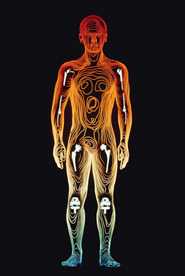 Health_Concerns: WHAT ARE THE MEDICAL DANGERS OF MARIJUANA USE?

I must preface these statements with the remark that there is still a great deal of research to be done concerning the effects of marijuana on the health of humans due to the fact that widespread marijuana use has only become prevalent in this country within the last three decades, so the effects of long-term use are just beginning to become apparent. I should also add that in making these observations, I have concentrated on the risks of smoking natural marijuana, since it is the most effective method of ingesting its active cannabinoids.

Marijuana has often been touted as one of the safest recreational substances available. This is perhaps true; many reputable scientific studies support the conclusion that cocaine, heroine, alcohol, and even cigarettes are more dangerous to the user’s health than marijuana. In addition, the celebrated pharmacological properties of cannabis have led thirty-six states to permit its use as a therapeutic drug for, among others, those suffering from AIDS; various painful, incurable and debilitating illnesses; the harmful side effects of cancer chemotherapy, and glaucoma. Additional research is being conducted concerning the use of marijuana on the treatment of anxiety and mental disorders.

Nonetheless, it would be fallacious to conclude that because the chemicals in marijuana have been found to present fewer dangers than some very harmful substances, the medical or recreational use of marijuana is perfectly safe. In a recreational context, marijuana has been shown to affect health, brain function, and memory. And in a medical context, marijuana is like any other powerful prescription drug: it has potentially dangerous side effects, and the decision to use it to treat patients must involve the same balancing test as the one required for chemotherapy or AZT: do the therapeutic effects of the drug outweigh its harmful effects? Though there are many more studies to be done on this issue, current data shows that the answer to this question may not always be “yes.”

EFFECTS OF HABITUAL MARIJUANA USE ON THE IMMUNE SYSTEM

The most potent argument against the use of marijuana to treat medical disorders is that marijuana may cause the acceleration or aggravation of the very disorders it is being used to treat.

Smoking marijuana regularly (a joint a day) can damage the cells in the bronchial passages which protect the body against inhaled microorganisms and decrease the ability of the immune cells in the lungs to fight off fungi, bacteria, and tumor cells. For patients with already weakened immune systems, this means an increase in the possibility of dangerous pulmonary infections, including pneumonia, which often proves fatal in AIDS patients.

Studies further suggest that marijuana is a general “immunosuppressant” whose degenerative influence extends beyond the respiratory system. Regular smoking has been shown to materially affect the overall ability of the smoker’s body to defend itself against infection by weakening various natural immune mechanisms, including macrophages (a.k.a. “killer cells”) and the all-important T-cells. Obviously, this suggests the conclusion, which is well-supported by scientific studies, that the use of marijuana as a medical therapy can and does have a very serious negative effect on patients with pre-existing immune deficits resulting from AIDS, organ transplantation, or cancer chemotherapy, the very conditions for which marijuana has most often been touted and suggested as a treatment. It has also been shown that marijuana use can accelerate the progression of HIV to full-blown AIDS and increase the occurrence of infections and Kaposi’s sarcoma. In addition, patients with weak immune systems will be even less able to defend themselves against the various respiratory cancers and conditions to which consistent marijuana use has been linked, and which are discussed briefly under “Respiratory Illnesses.”

In conclusion, it seems that the potential dangers presented by the medical use of marijuana may actually contribute to the dangers of the diseases which it would be used to combat. Therefore, I suggest that marijuana should not be permitted as a therapy, at least until a good deal more conclusive research has been completed concerning its debilitating effect on the immune system.

For more on this topic, please see Donald P. Tashkin, M.D., “Effects of Marijuana on the Lung and Its Immune Defenses,” Secretary’s Youth Substance Abuse Prevention Intiative: Resource Papers, March 1997, Center for Substance Abuse Prevention. Pages 33-51 of this address can be found at the website of the Indiana Prevention Resource Center at Indiana University, located at http://www.drugs.indiana.edu/druginfo/tashkin- marijuana.html.

The main respiratory consequences of smoking marijuana regularly (one joint a day) are pulmonary infections and respiratory cancer, whose connection to marijuana use has been strongly suggested but not conclusively proven. The effects also include chronic bronchitis, impairment in the function of the smaller air passages, inflammation of the lung, the development of potentially pre-cancerous abnormalities in the bronchial lining and lungs, and, as discussed, a reduction in the capabilities of many defensive mechanisms within the lungs.

Marijuana smoke and cigarette smoke contain many of the same toxins, including one which has been identified as a key factor in the promotion of lung cancer. This toxin is found in the tar phase of both, and it should be noted that one joint has four times more tar than a cigarette, which means that the lungs are exposed four-fold to this toxin and others in the tar. It has been concretely established that smoking cigarettes promotes lung cancer (which causes more than 125,000 deaths in the US every year), chronic obstructive pulmonary disease (chronic bronchitis and emphysema) and increased incidence of respiratory tract infections. This implies, but does not establish, that smoking marijuana may lead to some of the same results as smoking cigarettes. It is notable that several reports indicate an unexpectedly large proportion ofmarijuana users among cases of lung cancer and cancers of the oral cavity,pharynx, and larynx. Thus, it appears that the use of marijuana as a medicine has the potential to further harm an already ill patient in the same way that taking up regular cigarette smoking would, particularly in light of the fact that those patients for whom marijuana is recommended are already poorly equipped to fight off these infections and diseases.

For more information, please see the Tashkin website mentioned at the end of the section on immune disorders. See also:

It has been suggested that marijuana is at the root of many mental disorders, including acute toxic psychosis, panic attacks (one of the very conditions it is being used experimentally to treat), flashbacks, delusions, depersonalization, hallucinations, paranoia, depression, and uncontrollable aggressiveness. Marijuana has long been known to trigger attacks of mental illness, such as bipolar (manic-depressive) psychosis and schizophrenia. This connection with mental illness should make health care providers for terminally ill patients and the patients themselves, who may already be suffering from some form of clinical depression, weigh very carefully the pros and cons of adopting a therapeutic course of marijuana.

In addition, marijuana use has many indirect effects on health. Its effect on coordination, perception, and judgment means that it causes a number of accidents, vehicular and otherwise.

For further information, you may find the following sites helpful: