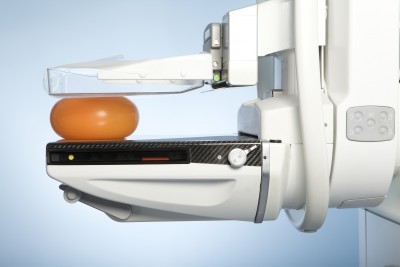 A study published in the British Medical Journal confirms an earlier, highly controversial finding by the Cochrane Database Review (2009), which concluded that breast screenings are likely causing more harm than good.1

Keep in mind that the Cochrane Database Review is at the top of the “food chain” of truth, in the highly touted “evidence-based model” of conventional medicine.

Cochrane Database Reviews are produced by The Cochrane Collaboration, which is internationally recognized as the benchmark for high quality, evidence-based information concerning the effectiveness (or lack thereof) of common health care interventions. The organization, comprised of over 28,000 dedicated people from over 100 countries, prides itself on being an “independent” source of information, and historically has not been afraid to point out the corrupting influence of industry, which increasingly co-opts  the biomedical research and publishing fields.

In the original 2009 Cochrane Database Systematic Review, also known as the Gøtzsche and Nielsen’s Cochrane review, titled “Screening for breast cancer with mammography,” the authors revealed the problem with breast screenings in the following way:

Screening led to 30% overdiagnosis and overtreatment, or an absolute risk increase of 0.5%. This means that for every 2000 women invited for screening throughout 10 years, one will have her life prolonged and 10 healthy women, who would not have been diagnosed if there had not been screening, will be treated unnecessarily. Furthermore, more than 200 women will experience important psychological distress for many months because of false positive findings. It is thus not clear whether screening does more good than harm.2

In this review, the basis for estimating unnecessary treatment was the 35% increased risk of surgery among women who underwent screenings. Many of the surgeries, in fact, were the result of women being diagnosed with Ductal Carcinoma In Situ (DCIS), a “cancer” that would not exists as a clinically relevant entity were it not for the fact that it is detectable through x-ray mammography. In the vast majority of cases, DCIS has no palpable lesion or symptoms, and some experts believe it should be completely reclassified as a non-cancerous condition.

What is perhaps most disturbing about these findings is that, while they clearly call into question the safety and effectiveness of breast screenings, the studies upon which they are based use an outdated radiation risk model, which minimizes by a factor of 4-5 the carcinogenicity associated with the “low-dose” (30 kVp) x-rays generated by mammography.  What this indicates, therefore, is that breast screenings are not just “causing more harm than good,” but are planting seeds of radiation-induced cancer within the breasts of millions of women.

With the advent of non-ionizing radiation based diagnostic technologies, such as thermography, it has become vitally important that consumers educate themselves about the alternatives to x-ray mammography that already exist.