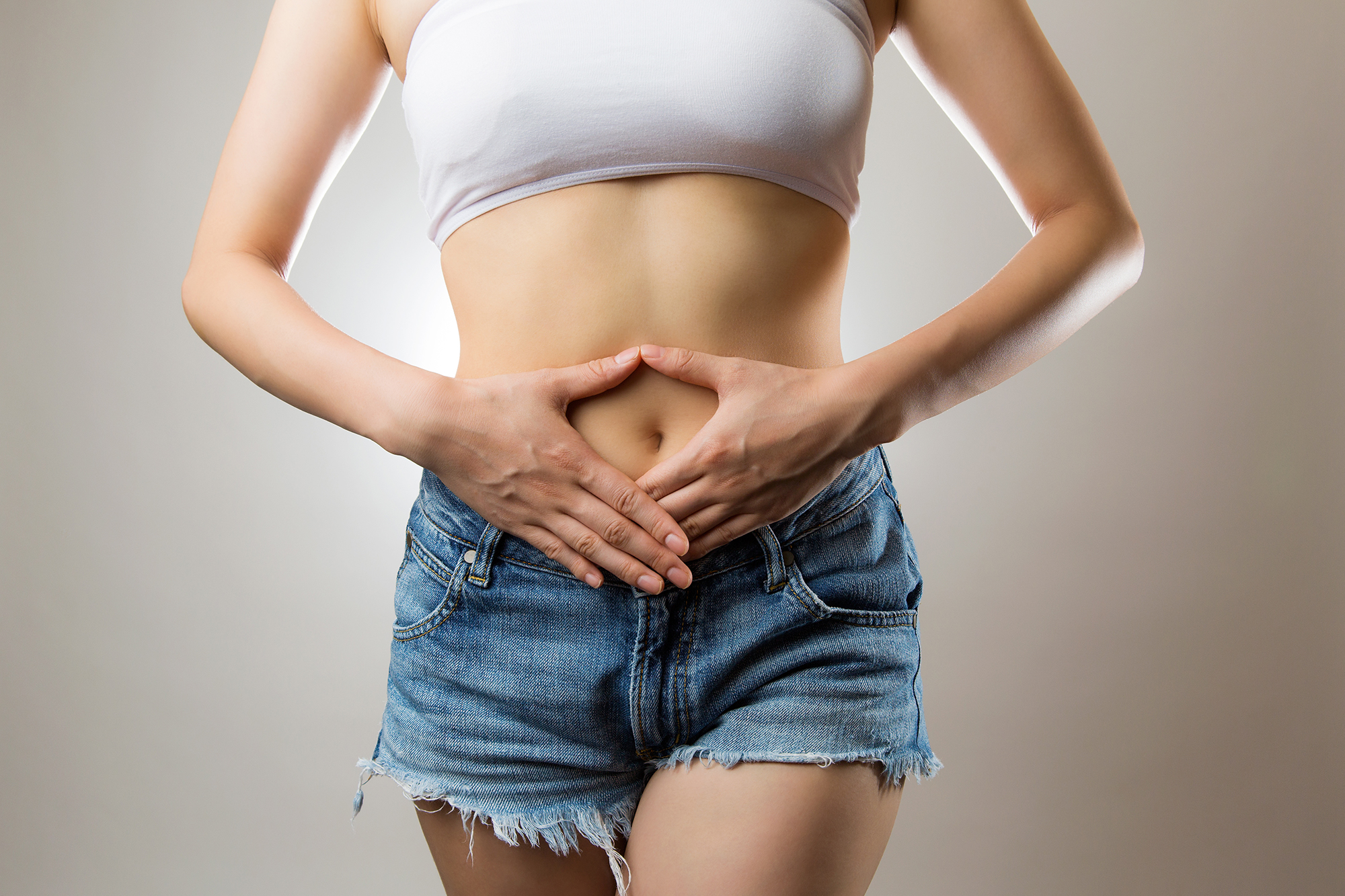 CCK is a hormone released in the gut in response to a high-fat meal. I am interested in CCK because it is linked to post-meal fatigue, IBS, and lectin sensitivity. This may suggest that people who have high CCK levels and are lectin sensitive will do better not eating too much fat in their diet. Read this post to learn more.

Studies will often use the fat from olive oil to induce CCK to release (oleate), which I’ve noticed pretty potently releases CCK for me.

In at least some ways, CCK follows a circadian rhythm with regard to its interactions int he hypothalamus [4].

CCK release almost certainly also follows a circadian rhythm and is likely released more in the daytime when our system is primed to eat. Hence, one reason why we get more tired after meals in the daytime.

I believe the overproduction of CCK is a large component of why lectins are bad for lectin sensitive people. However, I don’t believe they’re close to the full story. This is because I also get significant inflammation from many lectins, whereas I mostly just get a bit of IBS and fatigue from too much CCK (but only if I consume a lot of oil/fat).

People with IBS are more likely to release too much CCK (a gut hormone) in response to a fat-rich meal [1].

CCK is the culprit that causes gas soon after eating [1].

This might be because CCK activates the vagus nerve or because CCK directly interacts with the hypothalamus to stimulate the flow of your colon, which will cause gas [5].

In humans, CCK causes nausea and anxiety. In fact, in the research, it’s used to induce panic attacks in people [8].

Eventually, CCK leads to the release of 3alpha, 5alpha-THDOC (GABAA agonist), which combats its anxiety-producing effects [14]. However, I suspect that this mechanism might be defective in some people.

The effects of CCK vary between individuals. For example, in rats, CCK is more effective at reducing hunger in adult males (compared to younger rats and female rats). The hunger-suppressive effects of CCK also are reduced in obese rats [8].

If your stress response is activated chronically (chronic CRH), that makes the anxiety effects of CCK worse and this leads to ‘hypersensitive emotional circuitry’. This is the case even if CRH isn’t elevated at the time of CCK secretion [15].

More interestingly, CCK causes sleepiness/fatigue (despite the fact that it activates orexin) [16].

CCK (8) inhibits hypothalamic noradrenaline transmission, which is a plausible mechanism for CCK’s fatigue-inducing an appetite-suppressing effect [17].

CCK causes both hotness and coldness [16], which I experience when I eat lectins and this could be some of the reason why.

CCK induces drug tolerance to morphine and heroin [8], so if you’re a high CCK producer, stay away from that stuff like the plague.

CCK was the first gut hormone reported to affect appetite and has been shown to dose-dependently reduce food intake and causes satiation in both rats and humans (especially CCKA). It rises within 15 min after a meal [19].

Part of the satiating effect from CCK comes from it inhibiting NPY [19], which is a hunger hormone but is also an anti-anxiety peptide. So NPY is good to have balanced.

Another mechanism by which it causes satiation is by increasing leptin in the hypothalamus [20].

CCK slows the rate in which contents are emptied from the stomach [19], which is good for blood sugar control.

CCK also increases the production of bile [8] and the release of pepsinogen, which converts to pepsin (when combined with HCL) [21]. Pepsin helps us break down proteins. It also increases other digestive enzymes, which help the digestion of fat, protein, and carbohydrates [8].

CCK stimulates the vagus nerve, which has multiple effects on the body, most of which are positive [8].

CCK plays a protective and anti-inflammatory role in the kidneys [24]. In other cells (peritoneal), it reduces Nf-kB and nitric oxide production [25].

CCK can increase memory in humans and rats. In particular, it helps verbal and ‘aversive’ memory (aversive memory=quicker learning of avoiding the bad) [26].

CCK is released in the brain in a circadian rhythm. Lithium increases CCK in the brain and this is part of the mechanism by which lithium prevents mania in bipolar [27].

CCK increases AMPK in the muscle [20], which allows it to have more fuel. AMPK activation in muscles prevents them from growing too large, however [28].

It seems very likely that I release too much CCK. I experience gas right after a meal if I consume too much fat. I also get sleepy and a bit nauseated. I’m predisposed to anxiety, I generally don’t have much of an appetite, and my verbal and aversive memory are pretty decent.

I have a strong feeling that excess CCK plays a role in much of the harmful effects of lectins.

This means that people who release too much CCK (such as myself) will be more affected by lectins.

In rats, legume lectins (and probably others) cause increased secretion of CCK [29].

In men, beans also increased CCK release, and the study attributes that to fiber [30], but I say it’s also because of lectins.

CCK receptors are made of sugars that are the target of lectins such as wheat germ agglutinin [31].

CCK is able to increase NAG and sialic acid on pancreatic cells, making them a richer target of lectins [32].

However, I’ve done experiments with higher levels of fat and no lectins, and lectins have their own problems for me that I don’t get with CCK alone. For example, when I eat lectins:

I don’t get any of these issues with CCK alone, but I do better with less CCK.

How to Decrease or Increase CCK

The following food components have been shown to maximize CCK release:

In a clinical trial with women, higher fiber intake increased CCK. In another trial with men, a high fiber intake from beans increased CCK [30]. So you might want to reduce your fiber if you’re releasing too much CCK. I do notice an increase in CCK when I eat more fiber with a meal, especially if it’s coming from legumes.

Another way to guess how much foods release CCK is to look at a satiety index that was developed by a Dr. Holt over 20 years.

It was developed by having fasting student volunteers consume 240-calorie portions of test food. They then rated their feelings of hunger every 15 minutes for 2 hours. At the end of two hours, they were allowed to each as much as they wanted from a buffet – all under the watchful eyes of the researchers. Using a formula developed from the subjective evaluations of hunger and the amount of food consumed after two hours, a rating system was developed in which foods were ranked.

Using white bread as the standard (S.I. = 100), Holt scored 38 foods. Foods scoring higher than 100 were judged to be more satisfying than white bread and would be better choices for those who want to lose weight.

Highest Ranking, Satiety Inducing Foods (which will be correlated with CCK release):

See this study for reference.

Realize that CCK is not the only factor that induces fatigue after meals, so this is not an exact ranking of how tired you will feel after a meal.

See my post on why we get tired after meals.

Cayenne/Capsaicin prevents the effects of CCK by desensitizing the vagus nerve [16]. But it doesn’t blunt the impact of fatigue from CCK [16].

The nerve gets less sensitive to inputs or signals, so the messages are reduced from the gut to the brain, but the brain can still message your gut.

Trypsin is an enzyme released by the pancreas that reduces CCK by breaking down the enzyme that causes CCK to be released (CCK-releasing enzyme and monitor peptide) [8]. This is one reason why digestive enzymes might help some people.

Digestive enzymes such as amylase, trypsin [34] can work as well because CCK uses feedback on the stomach contents. As the levels of the substances that stimulated the release of CCK drop (fat, protein), the concentration of the hormone drops as well [8].

Cold decreases CCK in the blood, and this is a useful adaptation so that we become more hungry [35].

CCK release is inhibited by calcium chelators/channel blockers such as EDTA [2].

The release of CCK is also inhibited by somatostatin (in hypothalamus glandular) and pancreatic peptide (in pancreas glandular) [8].

I’ve noticed positive effects from all of these substances with regard to post-meal fatigue.

HCL might increase CCK release [36], though HCL reduces post-meal fatigue if anything. I wouldn’t be surprised if consuming baking soda would decrease CCK because there’s might be some negative feedback if it senses bicarbonate. I don’t know, though.

Other mechanisms to reduce CCK release (from oleate): inhibitors of PKC, PKA, and CaMKII… Antagonists of cAMP and calmodulin.

Is an Unhealthy Gut the Cause Of Your Symptoms?

Your gut has such a strong connection to your brain and other functions in your body that some people call it the “second brain”. When you have gut inflammation, you could experience many symptoms including fatigue, moodiness, brain fog, joint pain, and more!

SelfDecode’s Gut Health DNA Report analyzes your unique genetic variants and provides personalized supplement, diet and lifestyle recommendations so that you can counteract any negative effects from your genes. This report analyzes 33 genes and 86 SNPs (variations in the genes) to give you a holistic picture of your gut health.

Get your report today!

The Effects of Vagus Nerve Activation

CCK activates the vagus nerve, which has many functions in the body, so it’s important to describe them.

You can think of the vagus nerve as the most significant part of the electrical wiring throughout the body.

The vagus nerve has ‘wiring’ that connects the brain (especially the hypothalamus), intestines, heart, lungs, liver, stomach, kidneys and other crucial areas of the body.

This is important because it signals can quickly go from one place to another.

Activation of the vagus nerve typically leads to a reduction in heart rate and blood pressure [37].

Symptoms of IBS are thought to cause activation of the vagus nerve with many people reporting fainting, vision disturbances, and dizziness [37].

Normally, a higher vagal tone (more activation) causes lower evening cortisol, but not in people with IBD or IBS. This indicates that there’s a disconnect or resistance between the vagus nerve and the hypothalamus [38].

Excessive activation of the vagus nerve during emotional stress can also cause fainting due to a sudden drop in heart output, resulting in too little blood to the brain [37].

TNF normally causes fatigue and this is dependent on the vagus nerve [16].

You can check your vagus nerve activity indirectly. An increase in vagal activity/tone both slows the heart and makes heart rate more variable [39]. You can get an Emwave and/or pulse oximeter.

The vagus nerve is the mechanism by which insulin leads to decreased glucose production by the liver [37].

You can stimulate the vagus nerve by: