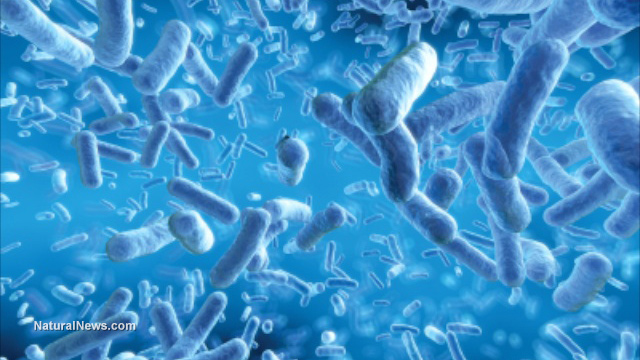 (NaturalNews) A recent case study reveals the story of a woman who underwent a fecal microbiota transplant (FMT) to cure a superbug infection and became obese after receiving a stool that was donated from her overweight teenage daughter.

The results of the study continue to shed light on the importance of the human microbiome, illustrating how even the slightest disruptions can cause major health changes.

Although young science, research suggests that the human microbiome, a community of microscopic organisms that occupy the human body, is closely tied to our every day health, and even the slightest disruption of these microbes can influence the onset of certain diseases.

While microbes including bacteria, archaea, fungi, protists and viruses occupy various parts of the body such as our nasal passages, lungs and skin, the most studied of them all is the bacteria in the gut.

Changes in gut flora may cause a range of health problems including allergies, diabetes and obesity

Beginning at birth, infants’ intestinal tracts are colonized by microorganisms from the mother, with their composition varying depending on how the baby is fed. Gut microbiota continue to evolve throughout life and are “highly personalized” and influenced by one’s environment and diet.

While capable of adapting, a loss of balance in gut microbiota, referred to as dysbiosis, may contribute to health problems such as functional bowel disorders, inflammatory bowel disease, allergies, obesity and diabetes.

Disrupting one’s gut flora, or the human microbiome in general, may have harsh consequences. For example, taking antibiotics has been proven to alter gut flora, killing beneficial bacteria, which can result in complications such as Clostridium difficile infection (CDI).

The woman who became obese after receiving the FMT was suffering from CDI, which may cause a range of symptoms including diarrhea and life-threatening inflammation of the bowel.

A fairly common and usually successful treatment for CDI, fecal transplants help replace “good” bacteria in the gut that were suppressed or killed, thus balancing the colon, which was overpopulated with C. difficile.

Prior to the procedure, the otherwise healthy woman weighed 133 pounds and her BMI was 26. Healthy BMIs range from 18.5 to 25. After 16 months, she gained 35 lbs and her BMI reached 33, according to reports.

Doctors diagnosed her as obese. Three years later, she weighed 175 lbs and her BMI was 34.5.

“She has continued to gain weight despite efforts to diet and exercise, and at 36 months post-faecal microbiota transplant (FMT) her weight was 177 pounds (BMI of 34.5),” wrote the study’s authors. “She has also developed constipation and unexplained dyspeptic symptoms.”

While scientists cannot say definitively that the weight gain was caused from her overweight daughter’s stool, studies on mice have shown that lean mice become fatter if they have a fecal transplant from overweight mice.

Other factors could have contributed to the rapid weight gain such as an increased appetite following the resolution of CDI, genetic factors or aging, scientists say.

“We’re questioning whether there was something in the faecal transplant, where some of those ‘good’ bacteria we transferred may have had an impact on her metabolism in a negative way,” wrote the authors.

“This case serves as a note of caution when considering the use of non-ideal donors for FMT, and we recommend selecting non-overweight donors.

“The hypothesis of FMT triggering or contributing to obesity is supported by animal models demonstrating that an obese microbiota can be transmitted… This case serves as a note of caution when considering the use of non-ideal donors for FMT, and we recommend selecting non-overweight donors for FMT.”