In 1914, Thomas Edison’s lab burned down, and years’ worth of his work was destroyed. This could easily be described as the worst thing to happen to Edison, but the inventor instead chose to see it as an energizing opportunity that forced him to rebuild and re-examine much of his work. Edison reportedly said at the time: “Thank goodness all our mistakes were burned up. Now we can start again fresh.”

“In a world that we don’t control, tolerance is obviously an asset,” Ryan Holiday, author of the forthcoming The Obstacle Is The Way, told The Huffington Post. “But the ability to find energy and power from what we don’t control is an immense competitive advantage.”

He’s talking about mental strength, a difficult-to-define psychological concept that encompasses emotional intelligence, grit, resilience, self-control, mental toughness and mindfulness. It’s something that Edison had in spades, and it’s the reason that some people are able to overcome any obstacle, while others crumble at life’s daily challenges and frustrations.

The ability to cope with difficult emotions and situations is a significant predictor of our success and happiness. The most capable individuals in this way are able to turn any obstacle into a source of growth and opportunity. And while much has been made of what mentally strong people avoid doing — things like dwelling on the past, resenting the success of others and feeling sorry for themselves — what do they actually do? What tactics do they use to overcome adversity time and time again?

“Things that we think are obstacles are actually opportunities to do something,” says Holiday. “[To] be rewarded in some way that we never would have expected, provided that we address and don’t shirk from that obstacle.”

Here are 9 essential habits and practices of mentally strong people that can help you get through any challenge or hardship. 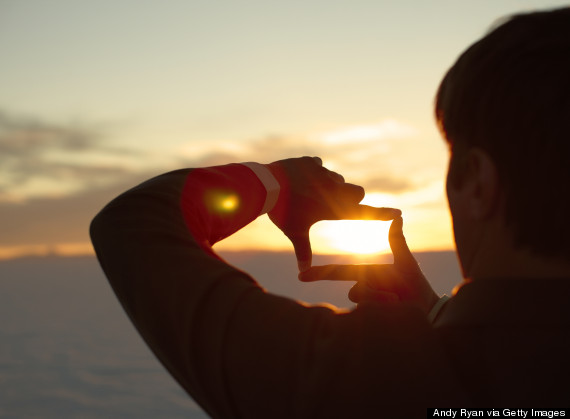 There’s a maxim in the ancient philosophy of Stoicism, “There is no good or bad, there is only perception,” which was later echoed in Shakespeare’s famous line, “There is nothing either good or bad, but thinking makes it so.”

The way we perceive a situation has a tremendous power to either help or harm us. So often, we react emotionally and project negative judgments onto a situation, when the first key to overcoming a challenge is to see things objectively.

“You can have the greatest plan in the world, but if you don’t see the situation clearly, it doesn’t matter,” says Holiday.

Holiday studied countless examples through history of individuals who overcame obstacles that would seem completely insurmountable to most of us, from being falsely accused of triple murder to intense discrimination based on race or sex. He found that mental toughness came down to three things: Perception, action, and will.

“What’s required [for mental strength] is some sort of philosophical framework that allows you to look past your emotions or what your first impressions of a situation might be,” Holiday said. “So the elements of that are, 1) Your perception. Can you see things clearly and evenly? 2) Can you think about creative or out of the box kinds of solutions or actions? And finally, what is the kind of determination or will you can apply that action to the situation with?”

They let go of entitlement. 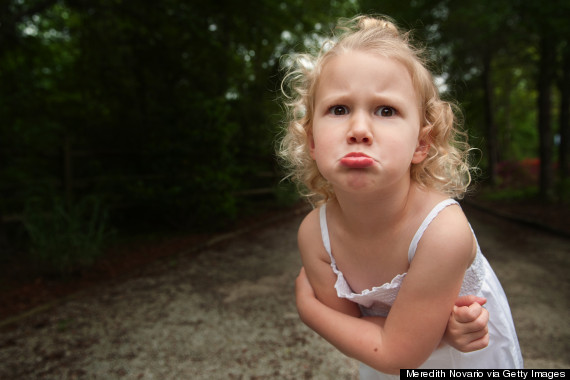 We all deserve happiness, but we don’t deserve a life free from obstacles or setbacks. An attitude of entitlement — thinking that we deserve to get what we want most or all of the time — can make it much more difficult to deal with challenges when they come around and take you by surprise. This is a particularly common roadblock for Generation Y, according to Gen Y expert Paul Harvey, assistant professor of management at the University of New Hampshire, who observed that many Millennials have “unrealistic expectations and a strong resistance toward accepting negative feedback.”

“Generation Y was sold a certain mindset about how the world was going to be at any and all times,” agrees Holiday. “In previous times, the framework that people were given was not just a humbler one, but one that understood how unpredictable and inexplicable the world could be.”

Mentally strong people recognize that their entire life plans, and life itself, could be derailed at any moment — and they don’t waste their effort feeling wronged by destiny when things don’t quite go their way.

They keep an even keel. 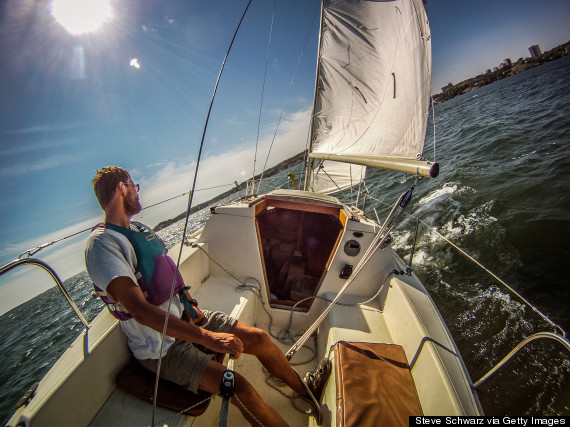 Mental strength is not so much about always being happy as it is about “keeping an even keel at any and all times,” says Holiday.

Emotional stability and the ability to keep a cool head is an enormous asset when it comes to dealing with challenging situations. Fortunately, emotional stability tends to increase with age — and it should come as no surprise that we become happier as a result.

They don’t aspire to be happy all the time. 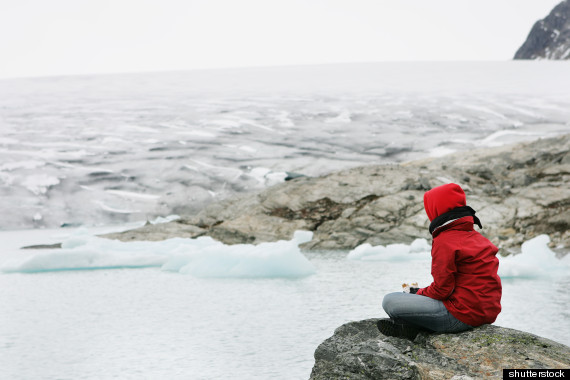 “We so value optimism and happiness and all these positive traits, which are themselves abstractions, that we get caught by surprise and can’t deal with their opposite,” says Holiday. “If we were more middle of the road, things would be better and we’d be able to take advantage of the things that happen to us because there’s more objectivity.”

Australian social researcher Hugh Mackay argues that our cultural obsession with happiness can be dangerous, and that instead of worrying about being happy, we should concern ourselves with being whole.

“The idea that everything we do is part of the pursuit of happiness seems to me a really dangerous idea and has led to a contemporary disease in Western society, which is fear of sadness,” Mackay writes in The Good Life. “Wholeness is what we ought to be striving for and part of that is sadness, disappointment, frustration, failure; all of those things which make us who we are. Happiness and victory and fulfillment are nice little things that also happen to us, but they don’t teach us much.” 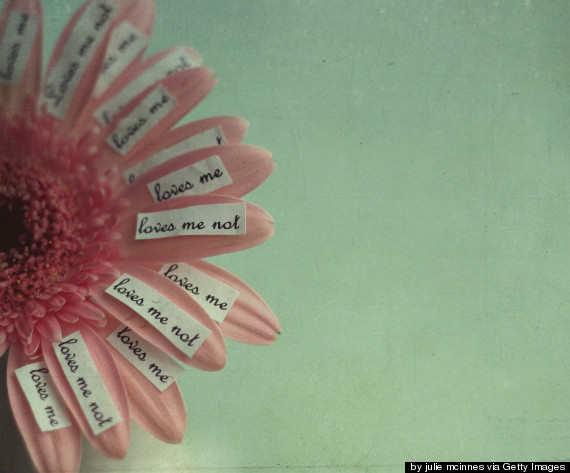 Mentally tough people make a habit of getting up after they fall. Instead of getting upset, feeling hopeless and giving up in the face of obstacles, they take the opportunity to put on their thinking caps and come up with a creative solution to the problem at hand. Mentally strong people tend to be realistic optimists — they have the hopefulness of optimists and the clarity of pessimists — which gives them both the motivation and the critical thinking required to come up with creative solutions.

“Every time [realistic optimists] face an issue or a challenge or a problem, they won’t say ‘I have no choice and this is the only thing I can do,'” researcher Sophia Chou told LiveScience. “They will be creative, they will have a plan A, plan B and plan C.”

They live in the present moment. 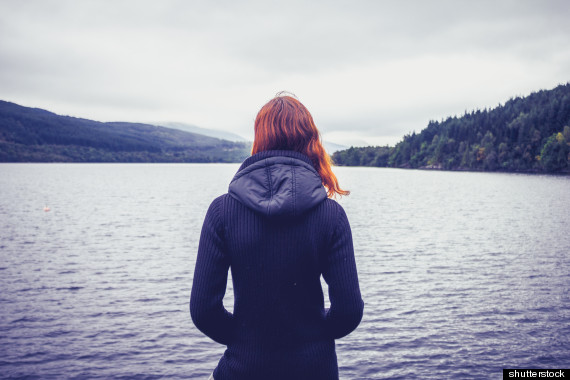 Being present — rather than dwelling on the past or anticipating the future — allows you to see things as they really are. Whether or not they have a formal meditation or mindfulness practice, mentally strong people tend to have a mindful, attentive way of engaging with the world.

“You could call it being in the zone, you can call it whatever you want, but the idea is that if you’re focused exclusively on one thing in front of you, you’re not bringing baggage to that situation and you’re considering only the variables that matter,” says Holiday.

The science has demonstrated that mindfulness really can boost your brain power. Mindfulness practice has been linked with emotional stability, reduced stress andanxiety, and improved mental clarity.

They’re persistent in the pursuit of their goals. 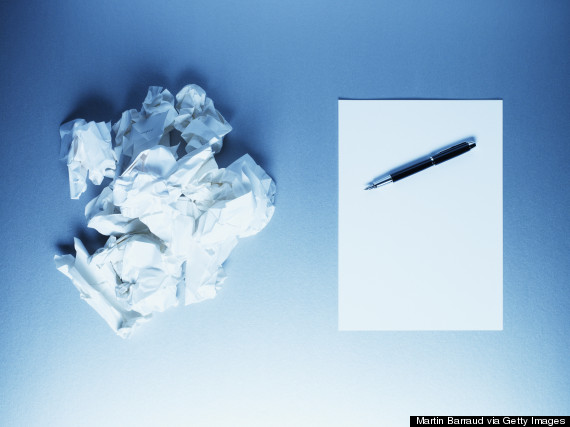 We’ve all heard inspiring stories of amazingly successful people who overcame significant hardships and failures to get there. They’re exhibiting one of the most fundamental qualities of resilient people: Perseverance, or as psychologist Angela Lee Duckworth puts it, grit.

In her studies of students in a number of different educational environments, Duckworth found that grit more than any other single quality (IQ, emotional intelligence, good looks, physical health) accounts for students’ success. She also studied teachers and workers in various professional environments to determine what accounted for their success.

“In all those different contexts, one factor emerged as a secret to success, and it wasn’t social intelligence, good looks, physical health or IQ. It was grit,” Duckworth said in a TED talk. “Grit is passion or perseverance for very long-term goals. Grit is having stamina. Grit is sticking with your future, day in and day out — not just for a day, not just for a month, but for years — to make that future a reality.”

But they know when it’s time to let go. 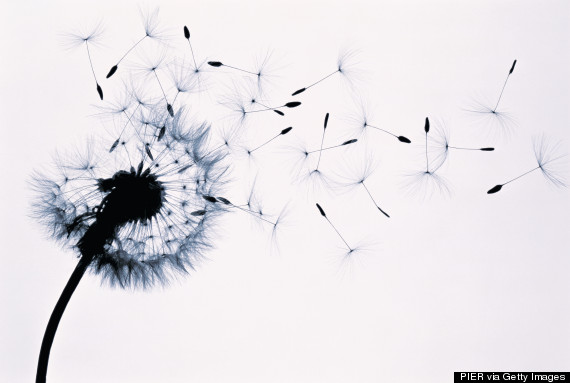 A mentally strong person can say to themselves, “I tried everything I could in this situation, and now I can let it go,” says Holiday. Just as important as perseverance is the ability to recognize that you can control only your own actions — not the results of those actions. Accepting this fact allows us to resign to the things that are beyond our power.

There’s an idea in Stoicism, Holiday explains, called the “art of acquiescence,” which is yielding to the things that you can’t change and making the best of them, rather than allowing them to upset or frustrate you. We need strength, determination and perseverance, but these aren’t the answer in every situation. The mentally strong person lives by the Serenity Prayer — they change what they can control, accept what they can’t control, and know the difference between the two.

“Sometimes, the solution to the problem is to accept the problem and to bend yourself around that problem rather than crashing yourself repeatedly into it until you break,” says Holiday.

They love their lives. 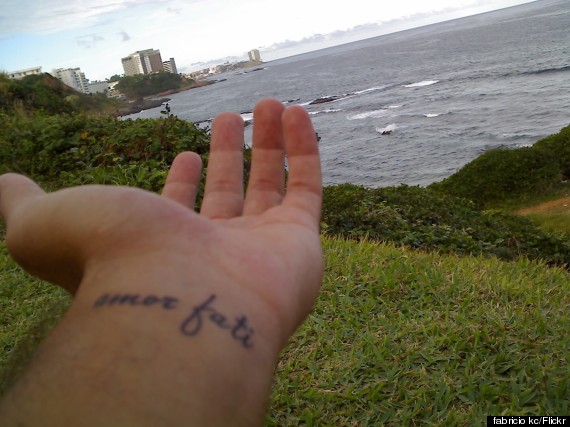 Amor fati is a Latin term that translates to “love of fate,” a concept derived from the ancient Greek and Roman Stoic philosophers that later reemerged in the work of Nietzsche. And it’s perhaps the single most important key to mental strength.

Mentally strong people are grateful and appreciative of obstacles because of the simple fact that obstacles are life itself. Shortly before her death, Seattle-based author Jane Lotter left that advice with her family in a powerful self-written obituary.

As Lotter put it, “May you always remember that obstacles in the path are not obstacles, they ARE the path.”