Treatment Recommendations For New Virus That Is Shutting Down Entire Cities 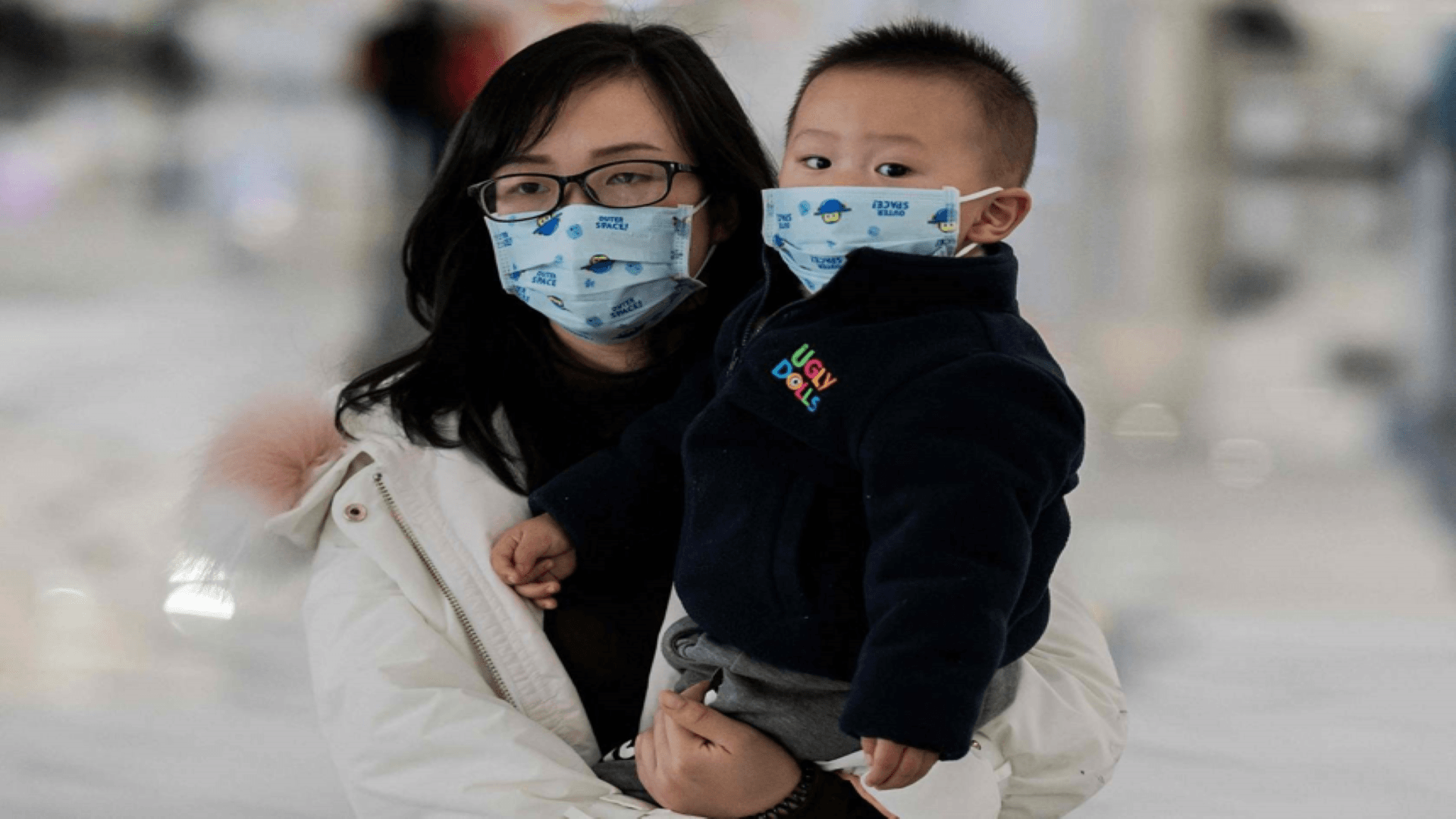 The Headlines read: China Quarantines a City of 11 Million Over Deadly New Virus. Little is known about the new virus, making it more challenging for authorities to figure out the appropriate action to take, experts say. Unfortunately, they will not take appropriate action because they refuse to look at the fundamental weakness of all viruses, which can be easily and cheaply exploited.

People die of viruses all the time but the death rates can be sharply reduced if we pull the rug out from under them with rapid changes in pH and with heavy dosages of iodine, selenium and magnesium chloride. Modern medicine refuses to look at these basic medicines, which are commonly used in ICU departments that save lives everyday; refuses to entertain the idea that these same medicines could be perfect medicines to both prevent and treat this new viral disease.

Authorities do not know the incubation period which makes it difficult to know how to respond. But we do know the virus spreads easily and quickly. The province of Hubei, of which Wuhan is the capital and largest city, late Wednesday reported a total 444 confirmed cases, up from 270 announced the previous day.

The Chinese National Health Commission reported early Friday that there have been 25 deaths from and 830 cases of the coronavirus, a sharp increase. The death toll increased by more than a half-dozen in 24 hours, while the number of confirmed cases jumped by more than 200.

The media and medical system do not know how to respond except to create a panic. However, even worse infections are spreading but you will not read about them in the media.

There is a hushed panic playing out in hospitals around the world as a deadly fungus is spreading killing a lot of people. The fungus known as Candida Auris, kills almost half of all patients who contract it within 90 days, according to the CDC – as it’s impervious to most major anti-fungal medications. First described in 2009 after a 70-year-old Japanese woman showed up at a Tokyo hospital with C. Auris in her ear canal, the aggressive yeast infection has spread across Asia and Europe – arriving in the US by 2016.

Residents inside Wuhan have reported long lines at the city’s hospitals, with some patients seeking advice or treatment waiting hours to be seen. Videos posted to social media showed tense scenes as staff tried to maintain order in jam-packed hospital corridors.

Want to understand your health situation and learn what best to do to feel better? Schedule a free 15-minute Exploratory Call with Dr. Sircus »

Now we read: China extended has extended its quarantine on the city of Wuhan over a deadly virus to two more cities on Thursday, cutting off a total of almost 19 million people.

The virus — which was first diagnosed less than a month ago — has already killed at least 18 people and infected more than 650 people around the world, including confirmed reports in Singapore and Saudi Arabia.

One patient in Wuhan infected more than a dozen medical staff. There is one confirmed case in the US. That person arrived by plane from China. Potentially everyone on the plane could now be a carrier and we may not know for a week or more. It could be spreading around the world rapidly as many Chinese have already traveled to every continent. The following weeks will be telling.

In Wuhan, a city of 11 million in central China, where the new coronavirus originated, will halt all outbound flights and trains and shut down its public transportation system from Thursday morning, the Chinese government said, a dramatic escalation in China’s battle to contain a pneumonia outbreak that has now killed 17 people.

Several provinces and territories in China, including Fujian, Anhui, Liaoning and Guizhou, announced their first confirmed infection cases on Wednesday, according to CCTV and local Chinese authorities.

If you do not want your loved ones to die of a viral infection the first thing you need to know is that the minute you or your kids get the sniffles you have to treat aggressively with natural not pharmaceutical drugs. Better yet, the same medicines can be used to prevent infection in the first place so people interested in protecting their families from this virus (and all others) would be well advised to start treatments before, treat preemptively.

We are talking about sodium bicarbonate, magnesium chloride, selenium and iodine all of which can be applied at high dosages to head viruses off at the pass before they take hold and choke a person to death. All of these medicines can be administered at home safely and legally and one does not need a prescription because they are nutritional in nature, not pharmaceutical.

Susceptibility to infectious diseases is common in malnourished and toxic human populations. This has traditionally been viewed as simply a consequence of the fact that the immune system must be maintained by adequate nutrition in order to function optimally. Only recently has data begun to accumulate in support of the idea that nutritional factors may sometimes have a direct effect on pathogens, and that passage through nutritionally deficient hosts may facilitate evolutionary changes in infectious agents.

Certain viruses (including the rhinoviruses and coronaviruses that are most often responsible for the common cold and influenza viruses that produce flu) infect host cells by fusion with cellular membranes at low pH. Thus they are classified as “pH-dependent viruses.”

Fusion of viral and cellular membranes is pH dependent. “Fusion depends on the acidification of the endosomal compartment. Fusion at the endosome level is triggered by conformational changes in viral glycoproteins induced by the low pH of this cellular compartment.”[1]

“In 1918 and 1919 while fighting the ‘Flu’ with the U. S. Public Health Service it was brought to my attention that rarely anyone who had been thoroughly alkalinized with bicarbonate of soda contracted the disease, and those who did contract it, if alkalinized early, would invariably have mild attacks. I have since that time treated all cases of ‘cold,’ influenza and ‘la gripe’ by first giving generous doses of bicarbonate of soda, and in many, many instances within 36 hours the symptoms would have entirely abated,” wrote Dr. Volney S. Cheney to the Arm & Hammer Company.

Dr. Jerry Tennant writes, “As oxygen levels continue to drop, you get infections. Each of us contain about a trillion “bugs”. They are suppressed when oxygen is present. However, as oxygen drops, the “bugs” wake up and want to have lunch—-they want to have you for lunch. Since they don’t have teeth to take a bite out of your cells, they put out digestive enzymes to dissolve your cells. As they consume your cells, you get sick.”

The most important factor in creating proper pH is increasing oxygen because no wastes or toxins can leave the body without first combining. with oxygen. The more alkaline you are, the more oxygen your fluids can hold and keep. The position of the oxygen disassociation curve (ODC) is influenced directly by pH, core body temperature and carbon dioxide pressure. According to Warburg, it is the increased amounts of carcinogens, toxicity and pollution that cause cells to be unable to uptake oxygen efficiently.

“Extremely high doses of iodine can have serious side effects, but only a small fraction of such extreme doses are necessary to kill influenza viruses,” writes Dr. David Derry of Canada. In 1945, a breakthrough occurred when J. D. Stone and Sir McFarland Burnet (who later went on to win a Nobel Prize for his Clonal Selection Theory) exposed mice to lethal effects of influenza viral mists. Pathology was prevented by putting iodine solution on mice snouts just prior to placing them in chambers containing influenza viruses. Dr. Derry also reminds us that a long time ago students in classrooms were protected from influenza by iodine aerosol therapy. Aerosol iodine also is effective against freshly sprayed influenza virus.

Iodine is a must when dealing with deadly viruses and would go a long way in decreasing the death rate from Ebola. Dr. Gabriel Cousens wrote, “Historically, as early as 1911, people normally took between 300,000-900,000 micrograms of iodine daily without incident. Other researchers have used between 3,000 and 6,000 micrograms/day to prevent goiter.” Deficiencies in iodine have a great effect on the immune system.

Vitamin D reduces the risk of dying from a viral infection. Researchers from Winthrop University Hospital in Mineola, New York found that giving supplements of vitamin D to a group of volunteers reduced episodes of infection with colds and flu by 70% over three years. The researchers said that vitamin D stimulates “innate immunity” to viruses and bacteria. Very few have any idea that Vitamin D can be taken in high dosages like Vitamin C can.

Magnesium chloride (magnesium oil) has always been and remains my favorite first line medicine that affects overall physiology. Dr. Raul Vergini from Italy says, “Magnesium chloride has a unique healing power on acute viral and bacterial diseases. It cured polio and diphtheria and that was the main subject of my magnesium book. A few grams of magnesium chloride every few hours will clear nearly most acute illnesses, which can be beaten in a few hours. I have seen a lot of flu cases healed in 24-48 hours with 3 grams of magnesium chloride taken every 6-8 hours.” My recommendation would be to follow Dr. Vergini’s suggestion and augmenting that with Transdermal Magnesium Therapy. The second edition of Transsdermal Magnesium Therapy is also available in hardcopy from Amazon.com.

In that selenium is a potent immune stimulator is an 18-month study of 262 patients with AIDS that found those who took a daily capsule containing 200 micrograms of selenium ended up with lower levels of the AIDS virus and more health-giving CD4 immune system cells in their bloodstreams than those taking a dummy pill.

These AIDS patients who took selenium were able to suppress the deadly virus in their bodies and boost their fragile immune systems, adding to evidence that selenium has healing powers that should be employed for all viral threats.

The clinical investigations in sepsis studies indicate that higher doses of selenium are well tolerated as continuous infusions of selenium as sodium selenite (4,000 μg selenium as sodium selenite pentahydrat on the first day, 1,000 μg selenium/day on the nine following days) and had no reported toxicity issues. In view of this new information, Biosyn introduced the 1,000 µg dose vials for such high selenium clinical usage.

Professor Gerard Ahern, who lead the study at Georgetown said, “We all know sunlight provides vitamin D, which is suggested to have an impact on immunity, among other things. “But what we found is a completely separate role of sunlight on immunity. Some of the roles attributed to vitamin D on immunity may be due to this new mechanism.”

One of the greatest triggers of influenza, the swine flu and deaths from pulmonary deficiency is vitamin D deficiency. Vitamin D reduces the risk of dying from all causes including the flu. Researchers from Winthrop University Hospital in Mineola, New York found that giving supplements of vitamin D to a group of volunteers reduced episodes of infection with colds and flu by 70% over three years. The researchers said that the vitamin stimulated “innate immunity” to viruses and bacteria. Very few have any idea that Vitamin D can be taken in extremely high dosages like Vitamin C can.

When our immune system is already depressed, we die more easily when confronted with infection. Emerging viruses are becoming more virile and aggressive, and traditional medications are becoming less effective against them. Viruses are smart, mutating and becoming resistant to antiviral pharmaceuticals. Global crises such as Ebola, SARS and dengue fever spread more quickly than we can develop medicines to fight them, and every season there are new flu strains that challenge the effectiveness of vaccines.