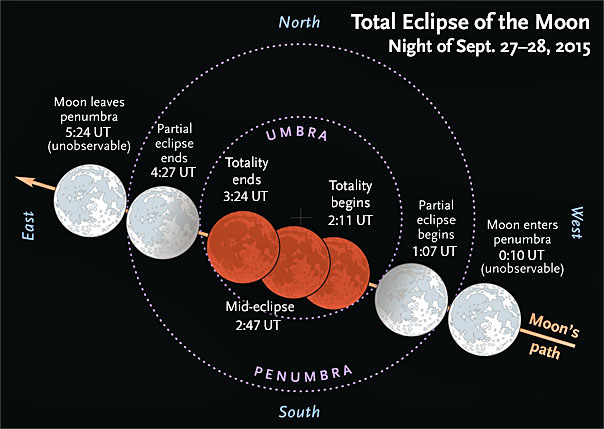 ______________________________________________________________
CCRG Editor’s Note:
Over the centuries the true significance of eclipses, both lunar and solar, has been lost. The ancient wisdom had much to offer as to why these types of events were not to be feared but rather to be respected for what they truly were.  The wise men of old were gifted with an intuitive knowledge of the heavens and their purposes.  Theirs was much more art than science, and sprang from the heart not from the mind.  Similarly, many souls have now awakened to their own heart-centered intuitions about tonight’s eclipse.  It is, in fact, a HUGE harbinger of things to come.  The cosmic rays which have been suffusing our Solar System for many years now emanate directly from the Galactic Center of the Milky Way. These powerful and sublime frequencies have substantially raised the vibration of the planet and the people who reside here.  Hence, many are now quite sensitive to the transformative cosmic input being disseminated to every receptive spirit. Cosmic rays, as do sun rays, contain spiritual information which profoundly affects every living thing as well as the whole inanimate galaxy.
______________________________________________________________

Although rarely understood in Western civilization, an eclipse of either of the two major luminaries (Sun and Moon) is considered an inauspicious event. Throughout the East it is generally recognized that a full lunar or solar eclipse is a particularly foreboding event. However, they also knew that these 5-day periods (which included 2 days before and after the day of the eclipse) were uniquely charged in such a way that seekers could utilize them to greatly advance themselves on their spiritual paths.

On the mundane level, however, there was always apprehension about the immediate future.  The ancient cultures of India and China were especially attentive to the causative effects that a full eclipse could have on the affairs of men.  Whereas the modern societies of the West have oriented themselves in quite the opposite ways.  Out of ignorance many in America revel in the sight of a major luminary whose light is being unfortunately obscured.

Why is that? Why do Westerners gleefully stare at an eclipse, whereas informed Asians religiously avoid such a practice?

First, because the East has a much greater appreciation for the science of astrology they are deeply aware of the very subtle yet powerful energies associated with each planetary body and moon, with each star and constellation. The establishment scientists of the West have always belittled the art of astrology simply because they do not understand it. Because they are unable to make direct correlations between the movements and transits of the various heavenly bodies and events that occur here on Earth, they prefer to dismiss the whole field as quackery.

The key point is that the scientists, such as astronomers, are incapable of perceiving the connections between an isolated celestial event and a geophysical occurrence here on Earth. Their inability to grasp these nuances of Heaven and Earth correspondences is due to a lack of refined perception.  They are so wrapped up in the hard science mentality that they cannot see what is right in front of them.  After all, these secrets of the universe require sincere humility, not hubris, if they are to be correctly apprehended.

As a result of this predominant scientific headset, the whole society has been kept from a massive body of esoteric knowledge and ancient wisdom.  There is in fact a tremendous amount of prophetic power and predictive value associated with the planetary transits and stellar alignments discussed in all the various schools of astrology.  Which ancient civilizations did not have their court astrologers and oracles, seers and prophets?  These fundamental roles have all been banished from modern society.  This quite unfortunate development has occurred at the peril of everyone concerned. 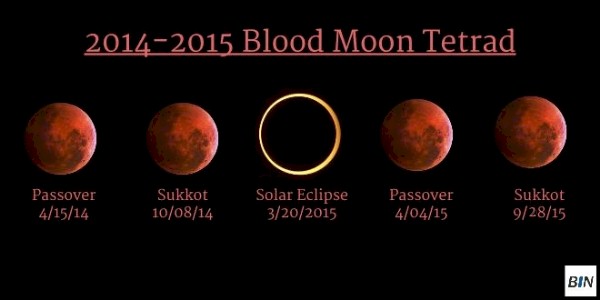 Signs and Omens, Harbingers and Portents

“As above, so below”

There is also a similar gem of wisdom.

“As within, so without.”

It’s true that the microcosm perfectly reflects the macrocosm, and vice versa.  As a matter of scientific fact a human being is exactly in the middle of the cosmos in terms of size.  Not only is the Universe itself a perfect reflection of the Supreme Being, the Creator has designed and entered His/Her creation in the form of each and every human being.  As such, an average person fits right smack in the middle of the Cosmos in terms of size.  In other words the very smallest and largest entities in the Universe exist in the exact proportion in relation to a human being.  The largest is the same amount larger than a human being that the smallest is smaller.  Now that’s a precisely created Creation for you!

When such an elegant and perfect order is inherent throughout the whole of Creation, why would the planets and major luminaries, stars and constellations not have a significant effect on the happenings which occur daily on Planet Earth?  In reality the destiny of the current planetary civilization has been hardwired by nothing less than the movement of the heavens.  The legendary Music of the Spheres continually plays in such a manner so as to ensure that that destiny unfolds in the perfect way.  That would include the destiny and karma of individuals and families, as well as nations and continents.

The fact is that these ongoing celestial events have HUGE effects on everything that transpires on the Earth plane of existence.  As a matter of astrological fact, it is the planetary and stellar movements, and especially their interrelationships, which dictate the collective karma of the entire human civilization.  In Jyotish, also known as Vedic Astrology, each of the planets of our Solar System represents a different incarnation of the great Hindu deity, Lord Vishnu.  As follows: 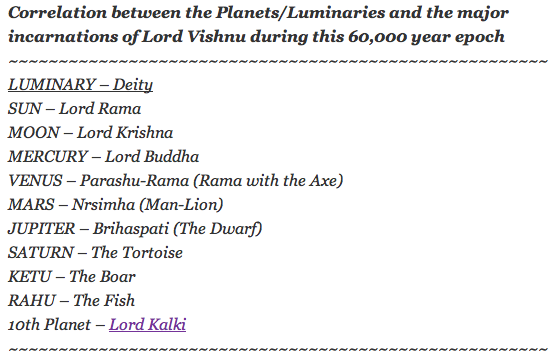 For those who understand the prominence of Lord Vishnu in the affairs of India it is quite easy to understand how His corresponding planetary embodiments will necessarily have enormous impacts on Earth and all of its inhabitants.  We are especially talking about massive Earth phenomena such as earthquakes and volcanic eruptions, hurricanes and tornadoes, tidal waves and tsunamis.  But this does not exclude even the growing of a single blade of grass or work of an ant.

The premise of this discussion is that every heavenly body represents a spiritual embodiment.  For example, the Sun is known as Sol in some places and Lord Surya in India.  The Moon is known as Chandra in the same country.  Both of their light rays, therefore, are considered sacred; and quite sacred they are for without them humanity could not survive long.  Hence, when either the light of the Sun or the Moon is blocked, it is not considered a favorable event for the life which depends on it.

Going much deeper, both lunar and solar eclipses are a way for these luminary deities to convey crucial messages to mankind during critical moments of human evolution.  For the uninitiated each and every eclipse is divinely scheduled and known with perfect precision well in advance of its occurrence.  Therefore, when they do occur, there is always a message from the heavens that is being delivered to those enlightened souls who act as society’s soothsayers. 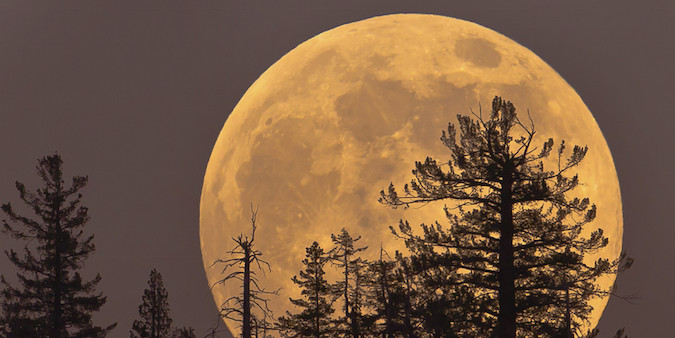 “A supermoon is the coincidence of a full moon or a new moon with the closest approach the Moon makes to the Earth on its elliptical orbit, resulting in the largest apparent size of the lunar disk as seen from Earth.” (Source: Supermoon)

Whenever a Supermoon Blood Moon occurs at the end of a tetrad of full lunar eclipses, surely there is a very purposeful message being delivered from on high.  Just what is that divine notice that is being issued to every resident on Planet Earth.  There are actually many messages; however, there is one in particular which reigns supreme above all the others.  As follows:

Back to the central purpose of this article.  Why have wewe — the whole human race — been admonished since time immemorial not to watch lunar and solar eclipses.  The following two articles clearly articulate the reasons for this time honored admonishment.  After all, the ancients knew much more about the skies — both nighttime and daytime — than the skywatchers and stargazers of contemporay societies. Those gifted seers could see their skies much more clearly than we can, as they did not have to contend with chemtrails and chembombs, chemclouds and other products of chemical geoengineering.  Much more importantly, they could apprehend the hidden meaning behind the movements as well as their profound significance for life on Earth.

September Lunar Eclipse: Why To Avoid Looking At It

These two articles also provide excellent guidance on how to best orient oneself during each and every eclipse in the future.  Both partial and full eclipses can be taken advantage of because of the special window of time — quality spiritual time —  provided by the Universe.  In other words these are ideal times to go inward, not outward into worldly endeavors.  Both lunar and solar eclipses are particulalry inopportune times to begin a new business venture, or long trip, or special project.

What follows is a graphic depicting the full sweep of tonight’s blackout as it occurs around the globe.  Cearly, it is the eastern half of North America and all of South America, as well as Western Europe and West Africa, that will see the darkened full supermoon at its fullest.  Consequently, it is these geographic areas and their residents which will feel the greatest impacts and experience the multifarious outcomes.  Nonetheless, every eclipse is ultimately a worldwide event. This final one of a tetrad of Blood Moons is especially noteworthy for all the reasons that have been appearing 24/7 on the internet over the entire year of 2015. 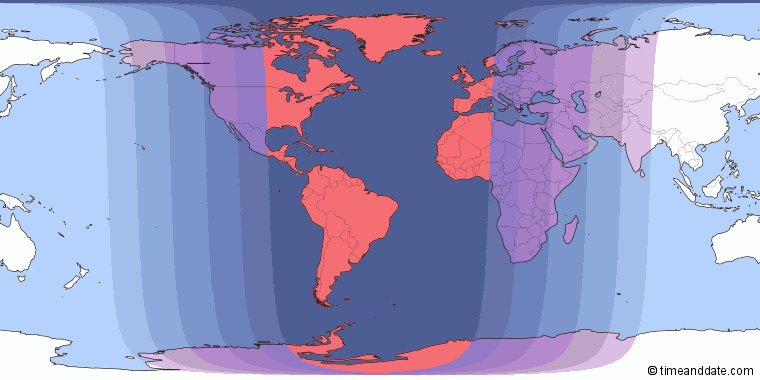 Just how serious were the ancient civilizations about their treatment of a full lunar eclipse.  The following screenshot was taken from an excellent Jyotish website known as Vedic Healing.  It contains eclipse guidance that is routinely followed up to this very day in most Brahminic societies throughout India.

Although some of these prescriptions and prohibitions may seen unreasonable, or even impossible, they are regularly practiced today not out of superstition, but rather to ensure a happy and prosperous future. 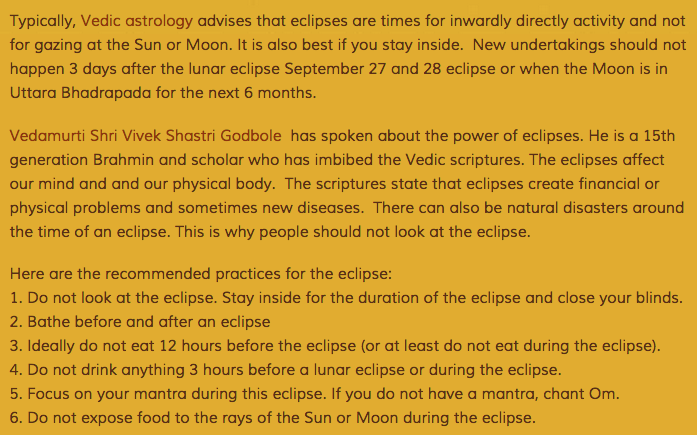 The whole subject concerning solar and lunar eclipses and their effects on planet Earth and human affairs is highly misunderstood.  Most Western observers are unable to see the connections between the eclipse event and the earth movement, or the social cataclysm, or the weather disaster, or the environmental catastrophe, which occurs in the following days, weeks or even months.

This type of extrasensory perception requires a more expanded awareness that is clear and unjaded by crude biases.  It also demands a commitment to seeing the truth of the matter in ways that are far outside of the box created by the reigning Patriarchy. Modern societies dominated by the left brain and linear thinking are usually resistant to this type of understanding.  As a result, countries like the USA and the European Union are now overwhlemed by economic, social and political problems.

The point is that the modern man has methodically eshewed all sorts of ancient and necessary wisdom for the proper ordering of society. Consequently, the future of the entire planetary civilization now hangs in the balance, as does the fate of the biosphere.