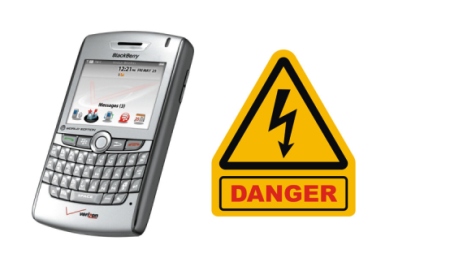 As many of you are reading this, it’s probably the case that you are on either a cell phone or smartphone at this very minute. For many it has become a belief that such chronic use cannot be avoided.  After you begin to understand the inevitable health impacts, which are caused by the electromagnetic radiation emanating from these devices into your head, you might think differently.

Before we plumb the depths of the oceans of disinformation that has been put out by the cell phone industry and the various vested interests, let visit an article published in April, 2002 by the  Idaho Observer and written by Amy Worthington.  As follows:

“Your cell phone is a microwave transmitter and it should bear a cancer warning! Microwave energy oscillates at millions to billions of cycles per second. The Journal of Cellular Biochemistry reports that these frequencies cause cancer and other diseases by interfering with cellular DNA and its repair mechanisms. Microwave promotes rapid cell aging. Italian scientists have recently demonstrated that cell phone radiation makes cancerous cells grow aggressively. Cordless phones marked 900 megahertz or 2.4 gigahertz emit the same dangerous microwave radiation as cell phones although the signal is not as strong.” [1]

Most of us already know about microwaves.  Do you understand that with each hour of usage of that cell phone, you have exposed your head to a steady dose of frequency which can create a conducive environment for cancer, among other medical conditions of the brain, head, ear, eyes, nose, etc.?  It’s only common sense that long term exposure to any abnormal and strong frequency right next to your ear will eventually manifest somewhere in your body.

“Every Cause has its Effect; every Effect has its Cause; everything happens according to Law; Chance is but a name for Law not recognized; there are many planes of causation, but nothing escapes the Law.”
— Compiled from “The Kybalion” @ www.thenazareneway.com/cause_and_effect.htm

So many really feel that they can somehow escape the effects of all that energetically intrusive radiation. What makes any individual feel they are immune to these destructive frequencies when even the neurosurgeons are quite concerned about their personal cellphone practice. This article in the New York Times speaks volumes about just how important it is to guard yourself – consistently – from the EMR output of you smartphones and cell phones. 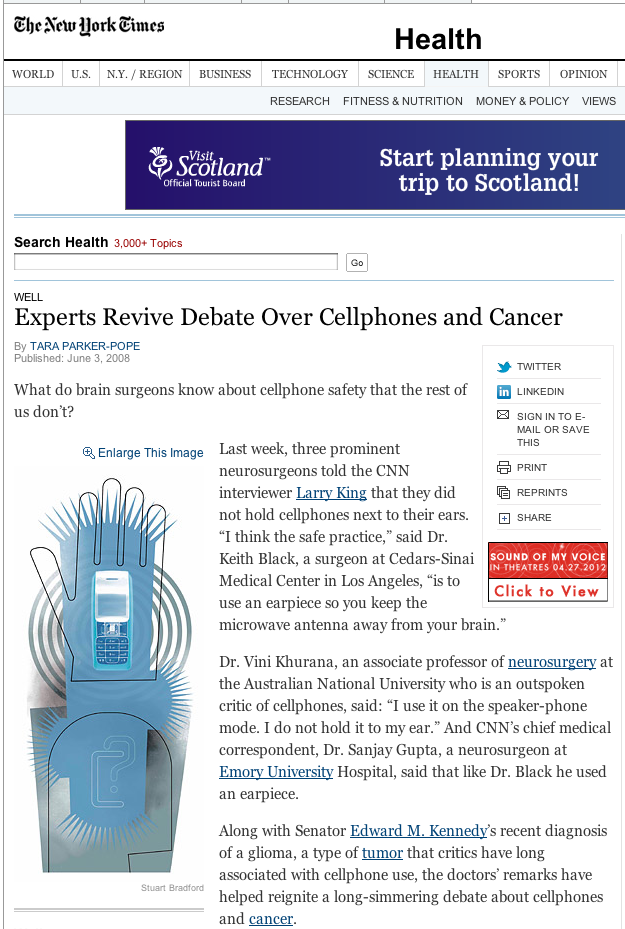 When the brain surgeons are talking this way, how can you possibly not get with the program?!

Especially those who are routinely exposed to passive EMR from cell phone technology in their workspace, initiative ought to be taken to protect their health. Sitting in an office with 2 or 5 or 10 cell phone users is not a nice position to be in. Just like those who fought against passive smoke in work environments, each of us has every right to work in a cellphone-free workspace.

“Motorola advises consumers to avoid pointing a cellular antenna toward exposed parts of the body. How ridiculous – these antennas radiate in an omnidirectional pattern. And independent tests show that cell phones can also leak huge amounts of radiation from the keypad and mouthpiece. This radiation deeply penetrates brain, ear and eye tissues, which are especially susceptible to microwave damage. Wearing a cell phone on your belt via a belt clip allows cell phones to deliver radiation to the liver or kidney areas when a wired, hands-free earpiece is used.”
(Quoted from Cell Phones and Cancer: You Don’t Deserve Brain Cancer – You Deserve Facts! by Amy Worthington, April 2002, Idaho Observer)

Given how much the price of cell phone technology has been driven down over the years by fierce competition, one can imagine how cheaply these communication devices are now built so that EMR leaks and seeps are probably the norm, rather than the exception.

There have been numerous studies released over the past decade which have conclusively proven that newer cordless phones and cell phone microwaves can produce the following physical conditions:

How many of us use our smartphone while driving or as a passenger in automobiles? Here’s a little factoid which ought to get your attention real fast.

“A cell phone must greatly increase its power output to maintain communications while inside the metallic cage of an automobile. Thus, the effect of microwave radiation inside a vehicle is especially intense. Volkswagen of Europe has warned that cell phone usage inside a car can be “injurious to health due to the extremely high electromagnetic fields generated.” A good reason to get a hands-free car kit that includes an antenna mounted outside the car.”
(Quoted from Cell Phones and Cancer: You Don’t Deserve Brain Cancer – You Deserve Facts! by Amy Worthington, April 2002, Idaho Observer)

The real issue surrounding the raging debate – “To Use, Or Not To Use, My Cell Phone? – comes down to a lifestyle choice. Not many years ago this technology was non-existent. We all got along perfectly well without them both at home and at work. So, what happened. Well, the Jones’s got one, or two, or three and most of us simply couldn’t be left behind … regardless of the consequences. Want to hear some more potential consequences. Here you go:

“Brain cancer rates in the USA have increased by 25% since 1975. In 2001, 185,000 Americans were diagnosed with some form of brain cancer. A stage four brain tumor can grow from the size of a grape to tennis ball size in just four months. Brain tumors are almost always fatal, and most people die within 6-12 months after diagnosis. On April 7, 2002, Sixty Minutes aired a fascinating report on brain cancer, explaining that scientists are unsure why the incidence of the disease is growing so exponentially. Ironically, the segment was followed by a Sprint ad, which advised parents that the best way to keep track of teenagers is to connect them to a cell phone! While researchers say that radical damage to the brain can occur within the first few minutes of conversation, telecom ads encourage customers to spend many hours on the phone each month; even making a cell phone your only phone. Those blazing, full-page cell phone ads in newspapers and magazines must be the reason cell phone health hazards are almost never discussed in the mainstream media.”
(Quoted from Cell Phones and Cancer: You Don’t Deserve Brain Cancer – You Deserve Facts! by Amy Worthington, April 2002, Idaho Observer)

Over the years many have asked for an authoritative source of high integrity information regarding the true health risks associated with regular cell phone use. We offer the following resource which was found at the same great website which provided our primary reference article:

“An excellent resource tool is Robert Kane’s book “Cellular Telephone Russian Roulette” (Vantage Press, 2001). As a telecommunications expert, Kane presents an impressive collection of studies showing that both government agencies and cell phone manufacturers KNEW YEARS AGO that cell phone radiation at present exposure levels is dangerous to human health. He notes that cell phones would be rendered useless if their RF emissions were reduced to safe levels.”
(Quoted from Cell Phones and Cancer: You Don’t Deserve Brain Cancer – You Deserve Facts! by Amy Worthington, April 2002, Idaho Observer)

Also, here is a excellent treatment of this subject for those who want some harrowing details and shocking specifics:
Your Cell Phone May Be Hazardous to Your Health 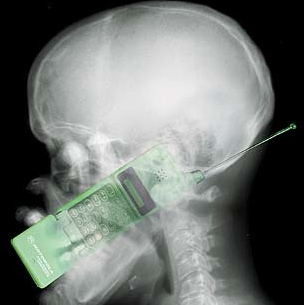 We’ve given you a real earfull but have yet to offer some ways to effectively deal with the unwanted EMR output from this dangerous technology. Please know that there are only a few different choices for those who “will not leave home without it”.

2. Reduce cell phone usage to under 2-3 minutes per day if you’re not doing #3 or #4 below, and never use the phone in a vehicle unless as part of a hands-free car kit with an antenna on the roof.

3. Obtain a cell phone that has a built-in speaker phone. This allows you to keep the phone away from your body when conversing. Yes, everyone in the room will be able to hear both sides of the conversation, but less privacy sure beats brain fog, blindness, and cancer!

4. Use an earpiece or a BlueTooth device, but keep the phone itself away from your body during the conversation… don’t clip the phone to your belt while talking.
(List quoted from Cell Phones and Cancer You Don’t Deserve Brain Cancer – You Deserve Facts! by Amy Worthington, April 2002, Idaho Observer)

The Health Coach will only use a cell phone when absolutely necessary. If we must hook up for an extensive period of time, we always utilize an earpiece, no exceptions. Since the cell is only used for urgent or emergency purposes, it’s very easy to limit use and exposure. Our lifestyle has pretty much remained intact and therefore the temptation to go for it never arises.

Of course, there are also a variety of chip technologies which claim to neutralize the EMR output before it can do any damage to the human body. We have examined and tried some of the different chips and stick-on technologies. Some of these may work perfectly, some may not perform their function at all. It takes a very intuitive person to determine for themselves the extent to which they are willing to put their health in the ‘hands’ of such technologies.

There really is nothing like a hardwired, landline phone connection in both home and business. This is the only alternative that really makes any sense at all for the reasonable among us. Therefore, you might be asking why is there so much pressure and hype and promotion and salesmanship around going cellular? Why the relentless push for a smartphone within the reach of every person on the planet?

Permission is granted to post this health blog as long as it is linked back to the following url: http://thehealthcoach1.com/?p=786