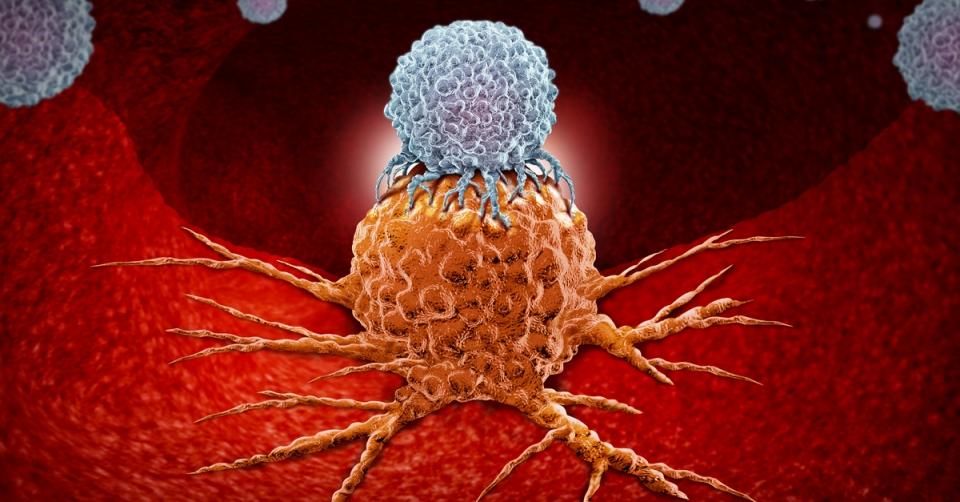 The virus makes cancer cells join together and explode, explains Mayo Clinic researcher Dr Angela Dispenzieri. It also stimulates the immune system to detect any recurring cancer cells and ‘mops them up’.

Although it’s been recognised for a long time that measles and other viruses are natural cancer fighters—it’s known as virotherapy—the dose seems to be an important factor. Dispenzieri and her Mayo colleagues engineered, or genetically modified, the measles virus strain, and gave it in a dose strong enough to vaccinate 10 million people to a woman with end-stage multiple myeloma.

Virotherapy was a last-resort therapy as the 49-year-old woman had endured every type of chemotherapy and two stem cell transplants without success.

A response was immediate. Within five minutes, the doctors say she developed a splitting headache and a temperature of 105 degrees F. before she started vomiting and shaking. A tumor the size of a golf ball had disappeared inside 36 hours, and all signs of cancer had disappeared from her body within two weeks.

“I think we succeeded because we pushed the dose higher than others have pushed it,” said Mayo researcher Dr Stephen Russell. “The amount of virus that’s in the bloodstream really is the driver of how much gets into the tumors.”

Researchers at University College London agree that virotherapy could be a promising way forward in the fight against cancer. In a study titled ‘Measles to the Rescue’, the researchers say that “virotherapeutic agents are likely to become serious contenders in cancer treatment”, and that the vaccine strain of measles virus holds special hope.