Picked Out a Coffin Yet? Take Ibuprofen and Die 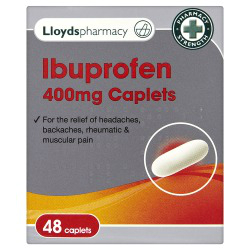 “Today we know that the risk of heart attack and stroke may occur early in treatment, even in the first weeks … “There is no period of use shown to be without risk,” says Judy Racoosin, M.D., M.P.H., deputy director of FDA’s Division of Anesthesia, Analgesia, and Addiction Products.”

July 25, 2015 “Information Clearing House” – “Counterpunch“ – In case you missed it: The FDA has just issued a warning on various prescription and non-prescription drugs that Americans ingest by the boatload. As it happens, these seemingly benign pain relievers can kill you even if you scrupulously follow the recommended dosage. But don’t take my word for it. Here’s a blurb from the FDA website:

“FDA is strengthening an existing warning in prescription drug labels and over-the-counter (OTC) Drug Facts labels to indicate that nonsteroidal anti-inflammatory drugs (NSAIDs) can increase the chance of a heart attack or stroke, either of which can lead to death. Those serious side effects can occur as early as the first few weeks of using an NSAID, and the risk might rise the longer people take NSAIDs. (FDA Strengthens Warning of Heart Attack and Stroke Risk for Non-Steroidal Anti-Inflammatory Drugs, FDA website)

Notice how the FDA refers to “death” as “a serious side effect.” How’s that for an understatement? Here’s more from the FDA warning:

Why isn’t this headline news? People take tons of these chemicals everyday thinking they’ve been thoroughly tested and are totally safe. Now we find out that’s not the case. Now we discover that you can get a heart attack or stroke “as early as the first few weeks of using” them. Doesn’t that come as a bit of a shock to you, dear reader? Doesn’t that make you suspect that the FDA is not telling the whole truth here, but is simply covering up for a profit-obsessed industry that doesn’t give a rip about its customers health?

Take a look at some of these articles I dredged up on Google News on the topic:

And how reliable is FDA in determining the toxicity of these medications anyway? Wasn’t the so-called “watchdog” agency implicated in pay-to-play flap just a couple years ago? Some readers might recall another incident when the FDA was caught in a “spying program on its own scientists, lawmakers, reporters and academics” to “discourage whistleblowing.” According to Truthout’s Martha Rosenberg: “top FDA managers “committed the most outrageous misconduct by ordering, coercing and intimidating FDA physicians and scientists to recommend approval, and then retaliating when the physicians and scientists refused to go along.” Review procedures at the agency (which approves stents, breast implants, MRIs, and other devices and machinery) were so faulty that unsafe devices – including those that emit excessive radiation – were approved, charged the scientists, provoking an OSC investigation … For reporting the safety risks, the scientists became targets of the now-disclosed spy program and some lost their jobs. “…

(According to FDA drug reviewer Ronald Kavanagh) “While I was at FDA, drug reviewers were clearly told not to question drug companies and that our job was to approve drugs. We were prevented, except in rare instances, from presenting findings at advisory committees. In 2007, formal policies were instituted so that speaking in any way that could reflect poorly on the agency could result in termination. If we asked questions that could delay or prevent a drug’s approval – which of course was our job as drug reviewers – management would reprimand us, reassign us, hold secret meetings about us, and worse. Obviously in such an environment, people will self-censor.” (Former FDA Reviewer Speaks Out About Intimidation, Retaliation and Marginalizing of Safety, Martha Rosenberg, Truthout)

Nice, eh? And this is the agency that’s supposed to protect the public from risky drugs?

Right. Does the name “Vioxx” ring a bell? If not, here’s a little refresher from an article by Fred Gardener in Counterpunch titled “Merck Pays a Pittance for Mass Deaths”:

“Merck has agreed to pay $950 million and has pleaded guilty to a criminal charge over the marketing and sales of the painkiller Vioxx,” the New York Times reported Nov. 23 …

The FDA had initially approved Vioxx (after a hasty “priority review”) in May, 1999 to treat osteoarthritis, acute pain, and menstrual cramps. By September 30, 2004, when Merck announced its “voluntary recall,” some 25 million Americans had been prescribed the widely hyped drug. Evidence that using Vioxx doubled a patient’s risk of suffering a heart attack or stroke —based on a review of 1.4 million patients’ records— was about to be published in Lancet by David Graham, MD, an FDA investigator. The FDA director’s office, devoted valet of Big PhRMA, had contacted the Lancet in a futile effort to stop publication of their own scientist’s findings.

Graham’s data indicate that 140,000 Americans suffered Vioxx-induced heart attacks and strokes; 55,000 died, and many more were permanently disabled. The Merck executives’ real crime was conspiracy to commit murder … An early clinical trial had alerted them to the fact that Vioxx caused coronary damage. Their response was to exclude from future trials anyone with a history of heart trouble!

Once Vioxx was approved, Merck spent more than $100 million a year advertising it … Sales hit $2.5 billion in 2003. And when brave Dr. Graham first presented his irrefragable evidence to an FDA advisory committee in February 2004, Merck argued that the “unique benefits” of Vioxx warranted its remaining on the market. The FDA committee voted 17-15 to keep it available with a black box warning. Ten of the 32 committee members had taken money from Merck, Pfizer or Novartis (which were pushing drugs similar to Vioxx) as consultants. If these MDs had declared their conflicts of interest, Vioxx would have been pulled from the market by a vote of 14-8. By buying an extra seven and a half months, Merck made an extra billion or two, and killed 6,000 more Americans.

Is that what’s going on? Is some prestigious organization like Lancet about to release a damning report on these dubious pain relievers, so the FDA is trying to get ahead of the story to save their own kiester? How much has the culture at the FDA really changed since the Vioxx scandal? Is the agency still owned and operated by the industries its supposed to regulate?

Do you really need to ask? The better question would be: What regulatory agency in the U.S. ISN’T owned corporate America? They own it all; lock, stock and barrel.

Now guess how many Merck executives went to jail?

I’m not saying these medications don,t help to relieve chronic pain from “debilitating conditions, including osteoarthritis, rheumatoid arthritis‎, gout and other rheumatological and painful conditions”. They do. But whether they’re useful or not doesn’t change the fact that “even small amounts” of this crap can put you at risk of a heart attack or stroke. That’s what the public needs to know, and that’s the FDA’s job. Here’s an excerpt from an article in the NYT that tries to minimize the dangers:

“The broader context is important. The relative risk of heart attack and stroke from the drugs is still far smaller than the risk from smoking, having uncontrolled high blood pressure or being obese.”

True, and it’s probably less risky that bungee-jumping off the Empire State Building, but what difference does that make. The fact is, it can kill you, the FDA KNOWS it can kill you, and yet they haven,t done anything to counter the relentless tsunami of industry generated propaganda that has convinced the American people that these medications are risk free. Here’s more on that from the Times:

“The agency said it would ask drug manufacturers to change the labels to reflect new evidence that the drugs increased the risk of heart attack and stroke soon after patients first started taking them, and that while the risk was higher for people with heart disease, it surfaced even for people who had never had heart problems.”

Let me get this straight: The FDA knows that these anti inflammatories are killing people and they’re going to “ask” the drug companies if they’ll change the labels? Is this how regulation works in the US nowadays; the agencies basically have to grovel before these cutthroat industries just to get them to do the right thing?

I have a better idea: Why not just prosecute a few of these drug-pushing executives for manslaughter?
That ought to do the trick, don’t you think?

Here’s one last blurb from the Times:

“There is great concern that people think these drugs are benign, and they are probably not,” (said Dr. Peter Wilson, a professor of medicine and public health at Emory University in Atlanta) “The thought is these are good for short-term relief, probably for your younger person with no history of cardiovascular trouble.”

There it is from the horses mouth. Do not presume that these medications are safe just because they’re hyped in the media. Do your own research and decide for yourself whether the benefits outweigh the risks.