There is perhaps no other heavy metal that is as feared as mercury when it is found in the human body.

Why?  And does it deserve its fearsome reputation?

Factoid:
“Mercury melts at -38.8º C and gallium melts at 29.8º C. Room temperature is considered to be 21º C to 23º C. Therefore mercury is the only metal that’s a liquid at room temperature.” (Quoted from “Playing with Mercury” on YouTube)

Mercury at room temperature cuts a profile which is extremely unique and highly inscrutable by many.  Looking at its behavior when the mercury thermometer breaks and it falls to the floor in little beads or little pools and streams tells why.  This heavy metal has some very usual properties which make it quite useful in myriad modern-day applications.  This is where the real problem begins. Before we go there, let’s talk about one way you can tell if you have mercury in your body?

First let’s understand how the body deals with mercury whenever it is taken in whether through breathing it, eating it or drinking it, or absorbing it through your skin.

The human body is by its very nature very smart and self-protective.  Depending on the form of the mercury and how the mercury gains access into the body, its internal movement will usually follow a general pattern which looks like this:
The body will always do what it can to protect its vital organs.  In performing this act of self-defense it will move the mercury as far away from the vital organs as possible.  This naturally directs the mercury to the farthest point away from the internal organs which is the skin.  Therefore, this is where we look to get a quick idea about an individual’s lifelong exposures to mercury.

Quite remarkably, the body is capable of moving mercury to the upper layer of the skin – to the epidermis.  Even better, as it shunts the mercury away from the vital organs, it will “lock it up” in the upper layers of the epidermis.  There are 4 or 5 layers composing the epidermis depending on which part of the body we’re talking about.  And this is where we go to examine for mercury concentration in the skin. Then, we can better determine if mercury toxicity is present elsewhere in the body.

Our experience with this mercury poisoning/toxicity matter over many years has told us to look in those areas of the body where the skin is very thin and attenuated.  The following locations are where you want to focus:
•  eyelids
•  underarms
•  inside the thighs
•  penis and scrotum
•  vulva and labia
•  skin around the anus

What to look for?

The following skin coloration usually means mercury has been shunted to those areas of the skin:
(1) BLACK
(2) BROWN
(3) GRAY
(4) BLUE
(5) DARK TAN
(6) Perennial TAN where the sun never shines

It’s critical that these areas of the skin first be evaluated for other types of skin conditions which may have caused discoloration in the past. Only you can do that so when you observe these colors and hues where they ought not to be, you know there’s something there that doesn’t belong there.

Within each color group there are various gradations, hues or casts which can give you an idea of how much mercury might be locked up there. Remember, the good news should you see all kinds of discolorations in these thin skinned areas is that it is —> Much better located in the skin than in the brain, heart or thyroid gland, yes?!

Another telltale sign that these discolored areas may be an indication of locked-up mercury is the increased sensitivity of the same area. Other skin conditions will typically pile on an area which has already been compromised by mercury toxicity. Therefore we look for the following symptoms:
a) itching
b) redness, especially from itching
c) sensitivity to environmental allergens
d) unexplained rashes
e) reactivity to synthetic fabrics
f) sensitivity to caustic/scented bath soaps
g) sensitivity to washing detergent residues in the clothes
h) sensitivity to sun exposure
i) reactivity to a whole host of synthetic materials
(e.g. sitting vinyl covered chairs, sleeping on mattresses filled with petroleum-derived substances, etc.)

This list goes on, but this should give you a good idea of what to watch out for.

We’ve all heard the story about the operating room nurse who can no longer wear the surgical latex gloves during surgery. One of the the reasons for this is that some of these nurses have mercury in their hand skin. Mercury almost always sensitizes the skin to any type of irritant, synthetic material or abnormal friction. When the hands sweat under the glare of operating room lights, the hot, sweaty environment under the latex glove causes the pores to open and the delicate irritated skin on top of the hand can develop a rash, turn red, become itchy and advance into a highly uncomfortable condition. 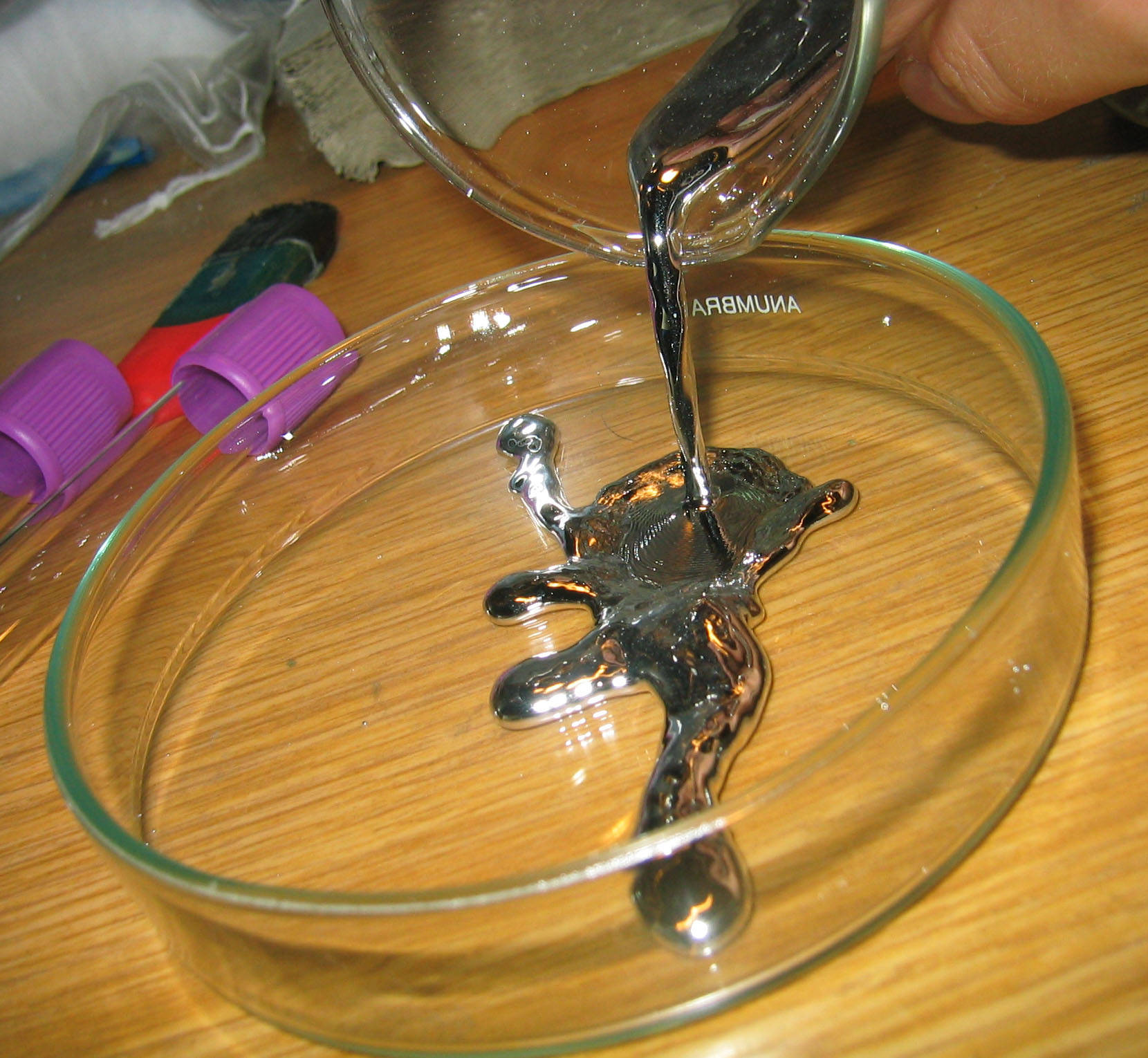 How else does mercury get into the body?

– 11 out of 12 skin-whitening products tested by Ecowaste Coalition

According to the US Environmental Protection Agency website some other very common sources of mercury in our immediate environment are:

As for industrial sources, there are many but these are the biggies:

– Trash Incinerators (Did you ever live downwind from a hospital incinerator in years past?)

So, we can see that there are many vectors of dissemination for mercury to find its way from the ambient living environment and into the human body. It should be noted that the previous lists – in the aggregate – in reality represents just a fraction of the total number of sources for mercury in today’s world. Methylmercury, one of the most poisonous forms of mercury, is one that should be particularly avoided.

One of the take-aways from this coaching session is that mercury can no longer be avoided; it has become so ubiquitous throughout the environment. What can be done is that we can watch our skin coloration changes — very closely. The skin doesn’t lie and can be used as just one more gauge to determine your exposures, past and present.

Mercury is perhaps the most difficult heavy metal toxin to remove from the body … safely. It’s probably the most challenging of ANY toxin to safely detoxify, especially from those vital and delicate organs where it can haplessly end up. Why so?

Because when you utilize all sorts of newfangled protocols and products to mobilize the mercury you certainly don’t want to move the mercury from a “safe area” in the body to a vital organ, do you?! Furthermore, whenever you mobilize mercury all the major detox organs and detoxification pathways ought to be functioning as efficiently as possible, given the overall health status of the individual, which is often not very good.

How do you spell C H A L L E N G I N G ? Truly, highly formidable challenges lie ahead for anyone dealing with a serious case of mercuring poisoning or toxicity!
So challenging, as a matter of fact, that it is often advisable to just let the mercury be … let it stay where it is, especially if it is in the skin. If it is in a place that must be dealt with, we recommend that you very carefully consider all the best options and seek the guidance of a healthcare professional who has had LOTS of experience with this area of specialty.

There are some therapies which have been effective at reducing the concentration of mercury in the skin over time. Enter the clay pack, not clay bath as it may come out of one spot and be absorbed by another. A clay pack – particularly either a bentonite or montmorillonite clay pack – when used properly can be effective over the LONG TERM in removing mercury from the skin. It’s imperative to thoroughly wash the area after every treatment so that the released mercury is not re-absorbed by the skin.

As for the clay bath, this approach has been used quite effectively by many who sought to remove mercury from various parts of the body. When used in conjunction with several other healing modalities/therapies it can be particularly efficacious, assuming each modality is staged in proper sequence and performed in the correct manner. This requires an accurate assessment of the individual’s overall health, as well as a realistic status of each disease process they’ve had to face.

Because of the severe healing crisis which can emerge during a mercury detox program, we always recommend that they be supervised to some degree. An overload of detoxified mercury can be as unpleasant as any experience we have ever seen, so caution must always be observed.

Did you know that:
“Methylmercury has been used to preserve seed grain, which is fed to animals.”
(per MedLinePlus: “Methylmercury poisoning” – A service of the U.S. National Library of Medicine & National Institutes of Health)
Also, did you know that it used to be common practice across the USA to float mercury vapors from the base of all the huge grain silos in order to control all the “bugs” that fed on the wheat and oats and barley and ….

Very Interesting History:
The previous Medline link uses the name “quicksilver” by which mercury was known, especially in the field of early dentistry. When the new, ‘avant-garde’ dentists started putting mercury into the novel mercury amalgam fillings, they were rightfully called quacks (from quick in quicksilver) by their very concerned and health-oriented counterparts because they chose to use mercury in such a cavalier and dangerous manner. 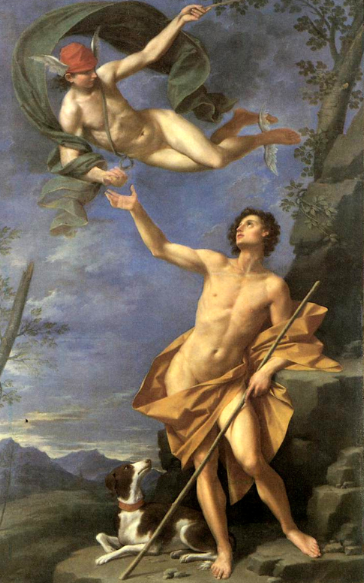 Mercury aka Hermes aka the Messenger of the Gods:
Dr. Dietrich Klinghardt, one the most proficient experts in the realm of mercury detox, was famous for telling his variation of the following story. Here is our version for those who can’t deal with the notion of having mercury in their body – seen or unseen.
Whenever Mercury, the heavenly messenger, comes into your life he does so with a major mission. Mercury poisoning/toxicity and the many diseases it is directly involved in is so discomfiting, that it literally wrecks and ruins your life. The pain and suffering associated with many of the Multi-Infection Syndromes which plague the New Millennium can be so intense, and in so many ways, that you know there is a profound message contained within these mercury-related illnesses.
Mercury is simply doing the bidding of the gods, or God, or the Universe, or the Higher Self, or the Almighty, or whichever name you prefer to use. So the story goes that by paying close attention to the messenger and responding appropriately, your healing journey can be shortened and greatly mitigated. In this same regard, the liquid form of this heavy metal can be even better understood, as it is by those religious traditions who consider mercury to be the sacred, vital fluid of their greatest deity!

Permission is granted to post this health blog as long as it is linked back to the following url: http://thehealthcoach1.com/?p=878

5 thoughts on “Mercury Poisoning and/or Toxicity: Do you have it?”